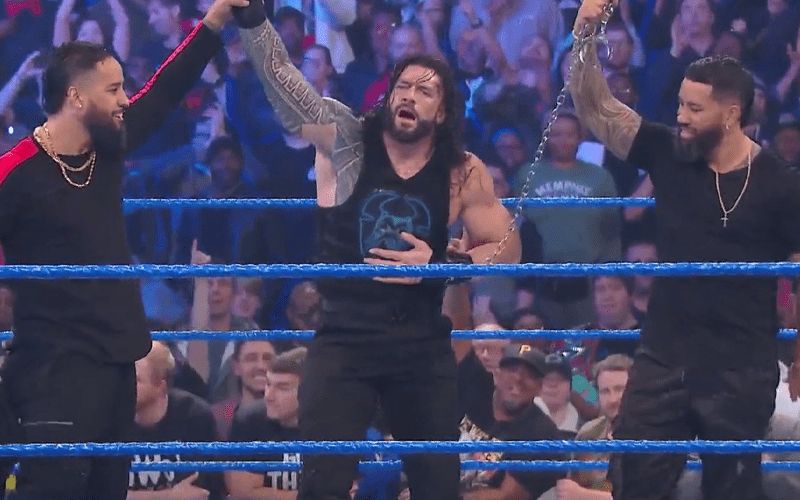 The Usos have been out of action for some time. They haven’t been on television since around SummerSlam when Jimmy Uso was arrested for DUI. He was later found not guilty by a jury. Now The Usos are back.

Roman Reigns found himself in a bad situation during the closing moments of SmackDown. The Fiend took out his tag team partner Daniel Bryan and it appeared King Corbin and Dolph Ziggler were going to feed him dog food once again.

Then The Usos’ music hit and they came to the rescue. The Usos hit Superkicks and a dive on the heels. The Usos are back and aligned with Roman Reigns. We can only hope this means Naomi’s return is coming soon as well.