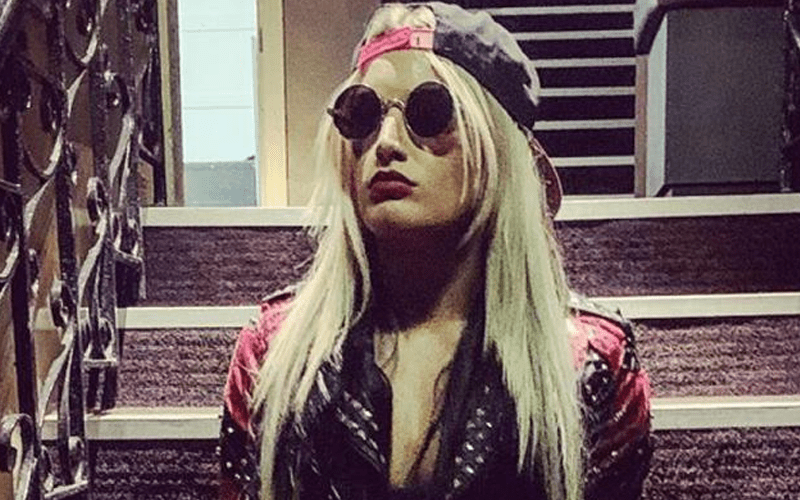 Toni Storm was a victim when private photos and videos were released on the internet without her consent. A hashtag for support started and took over the IWC as fans and her co-workers rallied around her.

This was a dark time for Storm as she deleted her social media accounts and went into seclusion. Now she can talk about it openly, but this experience was still a nightmare.

While speaking to Chasing Glory, Toni Storm said she was diagnosed with anxiety at the age of 16. She “went through hell” with psychiatric medications at the time, so her tribulations with mental health were already well known to her. The problem was that nobody else knew about it.

“I just shut down because I knew stuff had leaked. I was already in kind of a bad place mentally. I’ve always really struggled with depression, anxiety big time. I never really spoken out about it. I don’t know why there isn’t really any reason.”

“I’m not sure [why I suffer from depression] like a lot happened growing up. I lost my grandfather. There were all kinds of drama in the family. I don’t know, by the time I was 16 I was like diagnosed with anxiety and all the medications — all that kinda stuff — like I went through hell with it.”

“I just kept going picking myself up. I had a lot of ups and downs like just in my own head. When all that came about I was already struggling like that wasn’t what it was all — I was like ‘I don’t need any of this’ so I just deleted [social media]. I just don’t wanna face it. I just don’t. So, just one day I was like ‘To Hell with this so I just hid away.'”

“I just didn’t want to be seen. I really didn’t because I was completely humiliated and ashamed like it was awful. I didn’t even know who to turn to. A lot of people don’t actually realize how alone I was at the time like I was so isolated.”

Toni Storm said that since she lives so far from all of her friends she was “all alone, completely by myself.” Then she had to deal with it as she admitted to being “a complete mess.” She wanted to shut off the world, but “it kept happening and more and more stuff kept getting said.”

Some people even took a shot at her by calling her “weak for not dealing with it.” Toni Storm said she was “already dealing with my own head and my own thoughts.” Nobody knew about the internal anguish she was already experiencing even before the leaks. Thankfully, Toni Storm is in a much better place now.

“Now I’m in a place where I can laugh about it with friends, but it was awful at the time.”

Toni Storm is not alone. Plenty of people have experienced an invasion of their privacy like that. The WWE roster is full of people who had media released without their permission that exposed them in ways they never intended. She was able to overcome it and seems stronger after the experience, but there were certainly some dark days for Toni Storm.