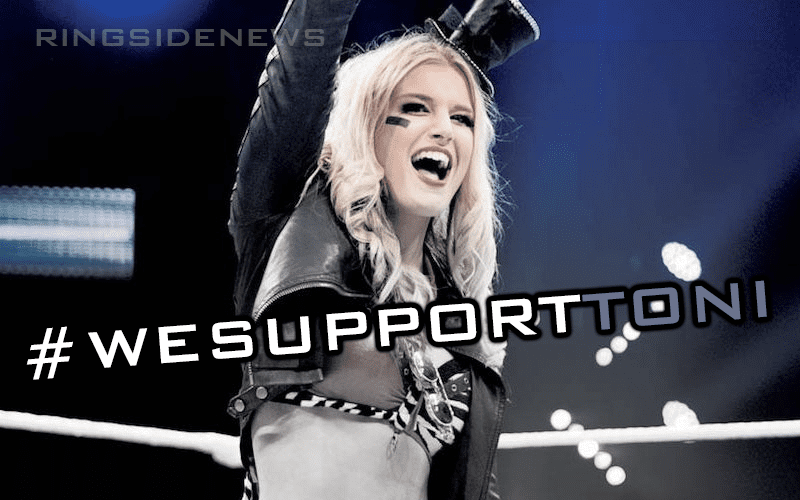 Toni Storm was the victim of a recent attack on her privacy. Several personal photos and a video were stolen and released online and she has since deleted social media accounts because of it.

She was previously blocking people, but it apparently got to be too much. We really do feel for Toni Storm during this time and we’re not the only ones.

#WeSupportToni has broken out on social media and went viral. Fans are making memes and sharing their support of the 2018 Mae Young Classic winner through this difficult time. Tyler Bate and Will Ospreay have reached out to show their support and many more are coming in.

She will get through this and be stronger for it. Paige had a terrible story to tell due to her private photo and video leak, but she carried on. It’s not fair when something like this happens, but at least Toni Storm has a ton of support.