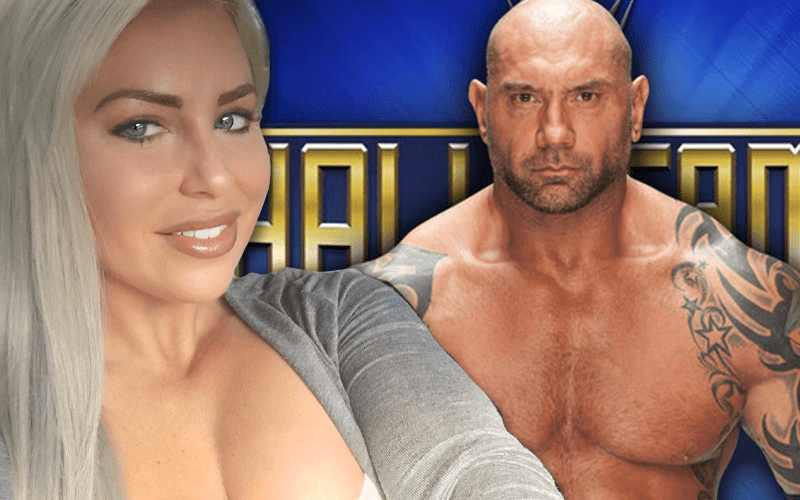 Batista will be in the WWE Hall Of Fame Class Of 2020. That is a pretty big name to include in next year’s class especially considering the fact that his announcement came thirty minutes after it was announced that the nWo will be inducted as well.

Dana Brooke and Dave Bautista are getting close and fans could see the two of them walking the red carpet at the WWE Hall Of Fame next year. Brooke commented about The Animal’s induction and it sounds like she’s already shopping for the perfect red carpet look.

Well then… I’ll start my HOF shopping/fittings NOW.. gotta look EXTRA good for this one… Any color preferences?

Batista will make a fine addition to the WWE Hall Of Fame. He is a multi-time champion and now he’s getting what he wants yet again. It sounds like Dana Brooke is going to fully support Dave Bautista because she’s apparently dating a WWE Hall Of Famer now.