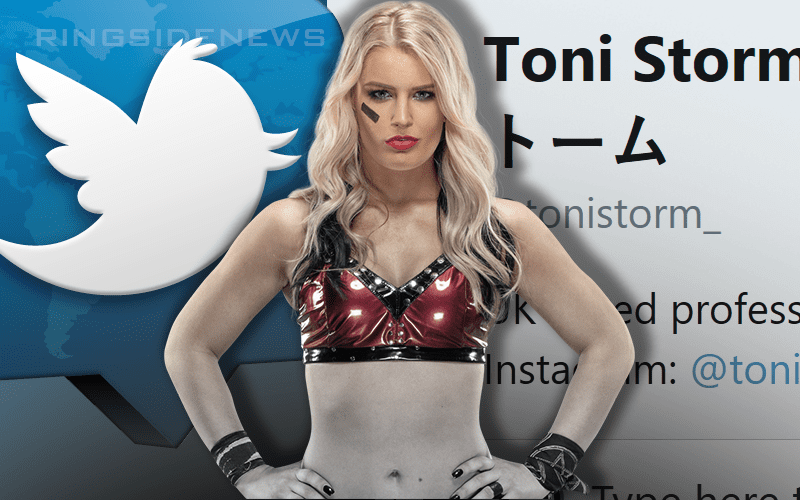 Toni Storm walked out of NXT UK TakeOver: Blackpool as the new NXT UK Women’s Champion after defeating Rhea Ripley in a hard-fought battle. This was a big achievement for her career as the young Superstar is off to a great start in the WWE Universe.

had to get through a lot of adversity before she arrived in Blackpool. She not only had to overcome an injury a year ago, but private photos and a video were stolen from her and her NSFW images were spread online.

This caused Storm to go on a blocking spree where she even blocked Ringside News founder Steve From Florida. Then Toni Storm decided it was best to pull her social media entirely so she deleted both her Twitter and Instagram accounts.

Following her big win at NXT UK TakeOver: Blackpool, it looks like all of the positive vibes and #WeSupportToni trends brought her back to social media.

Her Twitter account is now active once again. It doesn’t appear like she’s tweeted anything yet, and her Instagram page is still shut down. It’s good to see that she is carrying on in this new chapter of her life as a real champion in WWE.