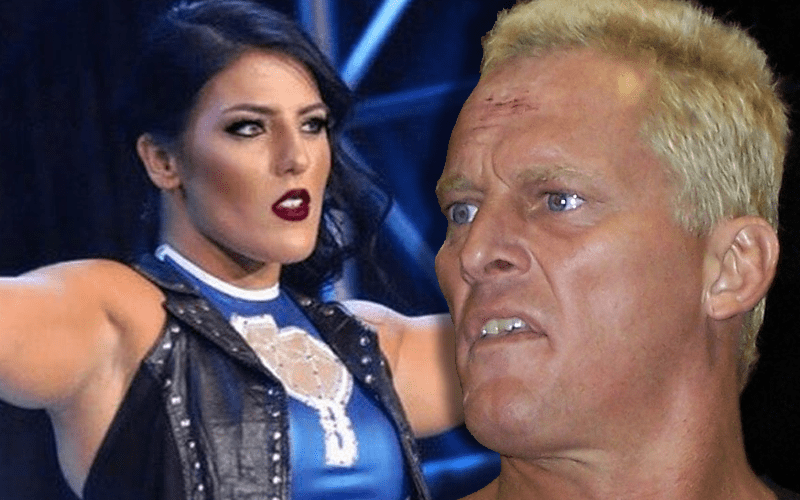 The Sandman told the Knockouts locker room that women shouldn’t be main eventing any pro wrestling shows. This was not met with the most positive reaction from anyone.

Tessa Blanchard cut a fierce promo at WrestleCade after hearing The Sandman say such a terrible thing. Her opinion is that this was a “horsesh*t” remark to make and in 2019 pro wrestling fans can learn to accept a lot, but not that kind of sexist mindset.

“I was in the back earlier tonight and I had to listen to an old ECW guy that used to have a beer in his hand, talk about how ‘women shouldn’t be main eventing this event or any event.’ Not because he didn’t have faith in these women, but because he didn’t have faith in you fans. It’s 2020 and I think that’s a crock of horsesh*t. The women in this ring right now, are some of the best women’s wrestlers — no, they are some of the best wrestlers in this business. You’re looking at women who have traveled the world and held notable titles in notable companies all over the entire world. I can’t think of anybody better to main event,”

Blanchard was slated to wrestle at that WrestleCade show, but she was unable to due to an eye injury. Rosemary, Su Yung, Jordynne Grace, and Taya Valkyrie still reportedly tore the house down in their main event. They had a lot of added motivation to work extra hard that night because not only were they in the main event, but they needed to prove that The Sandman was very wrong.