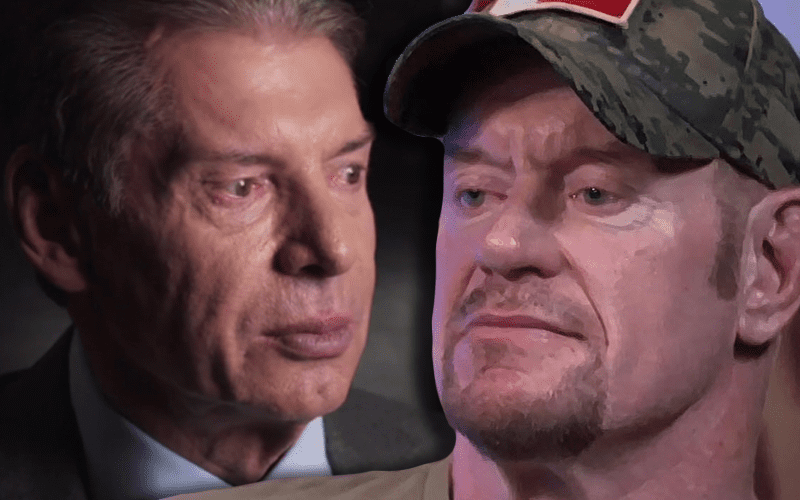 The Undertaker wouldn’t be where he is without Vince McMahon. Some might argue that it goes the other way around as well.

During The Broken Skull Sessions, The Undertaker discussed his journey through the pro wrestling business. He also told some crazy stories about his partying on the road.

He was able to take Vince McMahon’s vision of an old west undertaker and make him something special as The Undertaker. They might not always agree, but there was a trust between them which allowed The Dead Man to continually evolve and prosper.

“We had a really good creative collaboration and just through the years our friendship grew, but he obviously trusted my judgement with a lot of things with the character. It was originally his vision, but he gave me a lot of creative liberty with it and he trusted me when I felt like I needed to turn into the American Badass. He must’ve felt it too.”

“We butted heads and things have been rough, but at the end of the day we want to put out the best product possible.”

The Undertaker understands the business and has been fortunate to have Vince McMahon pulling for him the entire time. It’s hard to imagine how things would have been if Taker would have left for WCW decades ago, but he stayed loyal to Vince McMahon which is something that continues to benefit him to this day.