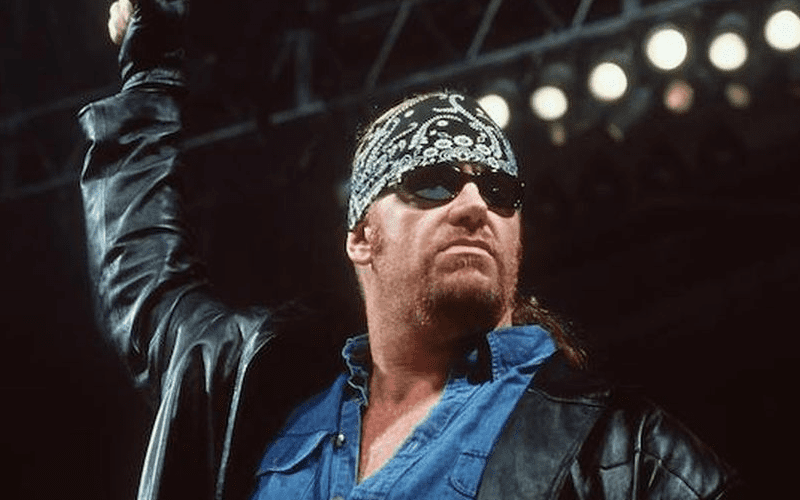 The Undertaker is a sho-in for the WWE Hall Of Fame, but he achieved that legendary status by morphing his character with the times. There was a portion of The Dead Man’s career when he donned a biker vest and rode to the ring on a motorcycle. That American Badass version of Taker still stands as some fans’ favorite incarnation of The Phenom and he says he would wouldn’t have made it through WWE without that change.

While speaking to Steve Austin on the Broken Skull Sessions, The Undertaker revealed why he made this important change in his character. Taker said that if he didn’t change his character then things would have been much different for him in regards to WWE history.

“I always felt like, if I started feeling stale, my audience is probably feeling it before me. You get wrapped up in what you’re doing. So, the small changes, the breaks at the right time—but I don’t think I would had made it through if I hadn’t changed when I did to go to the American Badass. The character—I don’t think—would have lasted through the Attitude Era.”

The Undertaker has yet to make a return to the American Badass character since going back to the Dead Man persona. You can never say never in WWE. Since Taker is doing so many interviews and appearances where he is able to show the true Texan that he is, perhaps a more realistic version of The Undertaker could be the next step for his character’s evolution.