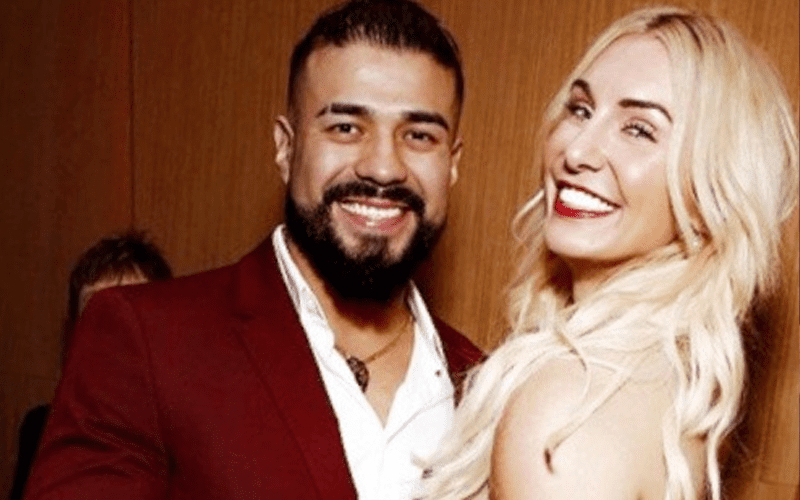 Charlotte Flair and Andrade have been together for quite a while and at this point it’s nothing new to see them appear on each other’s social media feeds. They seem really happy, but Flair’s relationship with Andrade actually helped her out in the ring as well.

News 18 in India spoke to Charlotte Flair while she was on a recent media tour. She was asked about her relationship with El Idolo and it turns out that this romance came during a crucial point in her career.

Not only does Andrade understand the grind of the pro wrestling business, but he also helped Flair out when she really needed a boost of confidence and direction.

“We both try to teach each other things, I mean he knows everything there is to know about wrestling but little nuances or camera work or you know, just being a star. I mean he is a star in his own right, but we just come from such different backgrounds but at the same time it’s very much similar. So, we’re able to help each other that way.”

At this point, WWE has yet to write Charlotte Flair and Andrade in a storyline together. Andrade has Zelina Vega by his side as a business manager and they are still working well together. No matter if WWE ever places the real life couple in an angle or not, at least they have each other backstage.