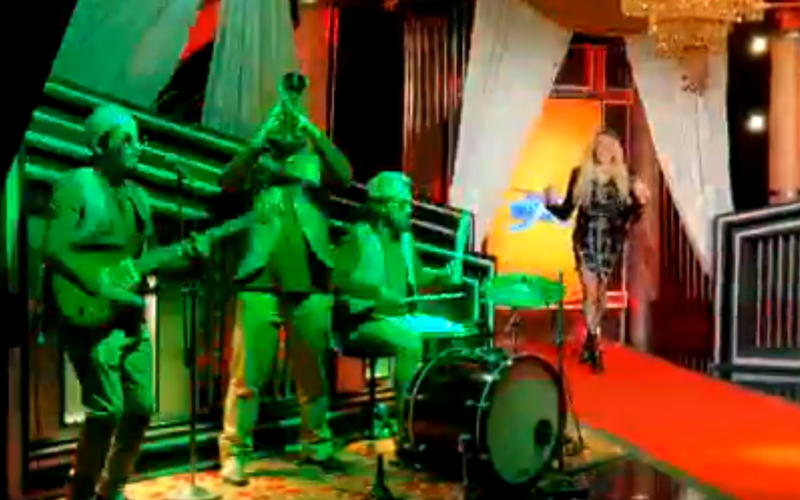 Charlotte Flair is a very busy woman. She just got through a UK and European tour, but The Queen’s job is never done.

Flair updated fans yesterday that she is off to India for some appearances for WWE. This is the same tweet that Andrade wanted credit for taking the picture.

It looks like Charlotte Flair arrived in India, and they were ready for her. She appeared on an episode of WWE Sunday Dhamaal and the house band knew exactly what song to play. They just had a guitar, trumpet, and drums, but they knew how to make that three piece band work.

You can watch the clip below. It is rather impressive and we have to admit that there is a bit of jealousy that WWE doesn’t have an awesome house band like this for their supplemental television shows.