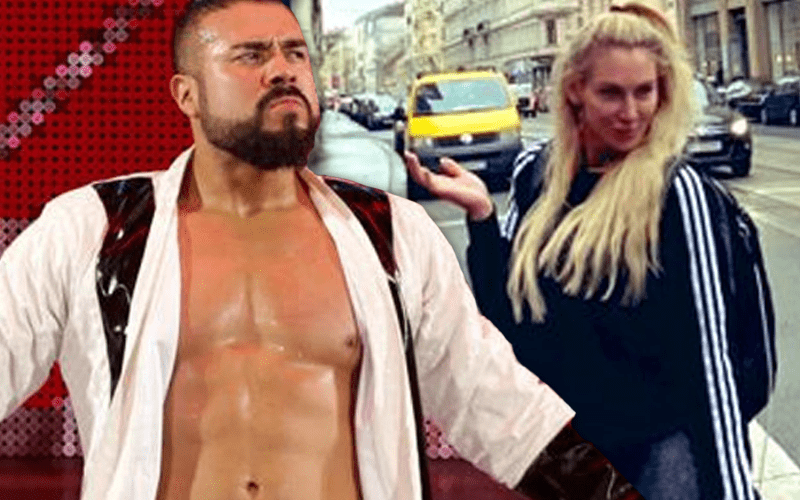 Andrade and Charlotte Flair are able to globe trot together as a couple, but he’s usually playing camera man. Now he wants come credit.

Flair posted an update of her busy travel schedule. She’s done with the European tour and now she’s off to India. She also included a picture of herself standing on a crosswalk.

Andrade replied to this tweet a few hours later after he noticed that he didn’t receive any Twitter love for taking the picture.

I don’t take the credits for taking the picture

Andrade also included an angry emoji, but he’s probably not really all that bent out of shape. It’s still nice to know that Charlotte Flair has a good cameraman with her whenever Andrade is around.