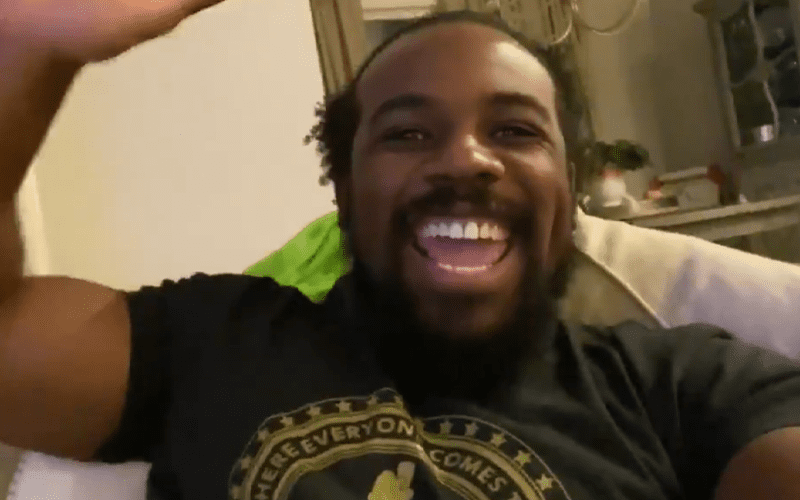 The New Day pulled down their seventh tag team title reign last night in Manchester. Xavier Woods could not make the trip with Big E and Kofi Kingston, but he was with them in spirit.

E and Kofi actually wore “XW” armbands during their big match against The Revival. Now they are seven-time tag team champions and “catching up with Charlotte Flair” as Big E put it on the show.

Woods was happy for his boys the New Day. He sent out a video celebrating while at home resting after Achilles tendon surgery. He also wanted to make it clear that this title win counts for him too.

“Also, side note this counts for me. I am still part of the team. Seven time champions, yes it counts for me. New Day rule. Thank you have a good night. We the champs. We on top. Tag team of the tag team division baby.”

It might be a while until Xavier Woods is able to make a return, but he’ll be rooting his brothers in the New Day on however he can. Yes, he is still part of the team.