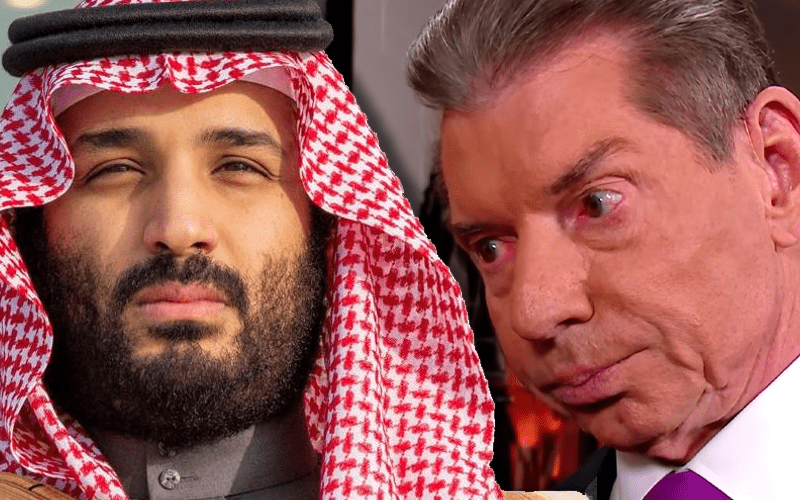 WWE Superstars were made to stay in Saudi Arabia for 24 hours after the Crown Jewel event. This was blamed on a mechanical failure, but virtually nobody is believing that story now.

Dave Meltzer spoke about this in full during Wrestling Observer Radio. He said that WWE Superstars do feel as though Vince McMahon deserted them in Saudi Arabia. There was also a very interesting way that this situation was described as well.

“Absolutely, absolutely, I heard that from many different people [that Vince McMahon deserted them]. The feeling was that because there was those problems that happened, you know in whatever it was — the ‘dick waving contest’ was the term that was used.”

“I had heard from one person who used that exact terminology to me that ‘we were pawns in a dick waving contest,’ but the whole thing is that it happened and so Vince shouldn’t have left because there could have been reprisals and they believe that those were the reprisals and that Vince left and left them there and then when he sent whatever — when he sent to get guys out it was only the top guys that were booked on television, not anyone else.”

“You know they could have done something. I still don’t understand how they somehow could have flown in — you know what I mean? Why would it take 24 hours?”

It should be noted that Natalya, Lacey Evans, and Lana all arrived back in the United States with the crew who were left in the country. The twelve Superstars who traveled in the charter first were needed for television. There were eight other members of the WWE crew with those twelve Superstars as well.

This situation is likely to have a lot more to it as time goes on. Hopefully, if WWE does send Superstars back to Saudi Arabia nothing like this ever happens again.