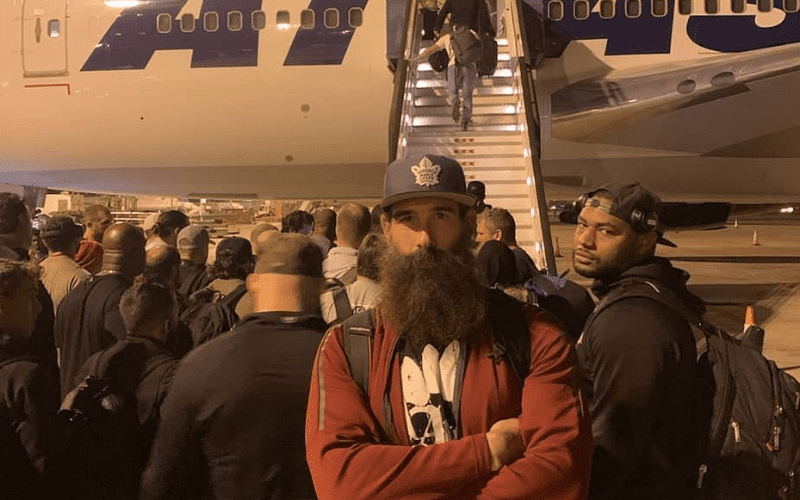 WWE Superstars are now home from Saudi Arabia. Some have to pack for a trip Europe starting soon, but that’s another story. The fact is that they could have gotten home sooner, but there were big issues.

Saudi Arabia apparently owed WWE money so Vince McMahon had the country’s feed of Crown Jewel cut off. They aired on a delay instead, so The Prince delayed WWE Superstars on their way home.

A select number of people — 20 in total with 12 Superstars and 8 staff essential for SmackDown took off on a charter. Of course, they also experienced a delay so they didn’t make it back in time.

The Superstars are back now and they’re not happy. It seems like Curtis Axel wasn’t pleased as he tweeted out:

Luke Harper also posted on social media as he included a picture of WWE Superstars boarding their flight. The caption he included was quite telling as well.

Larry, I’m home. I guess I didn’t want it enough to pay for my own charter, but I’m home now. #NotTop20

As you can see, #NotTop20 and #Top20 was used in both of those social media messages. We’ll keep an eye on those new hashtags.

WWE Superstars are not happy about this situation and those who can vent their frustrations are obviously doing so.