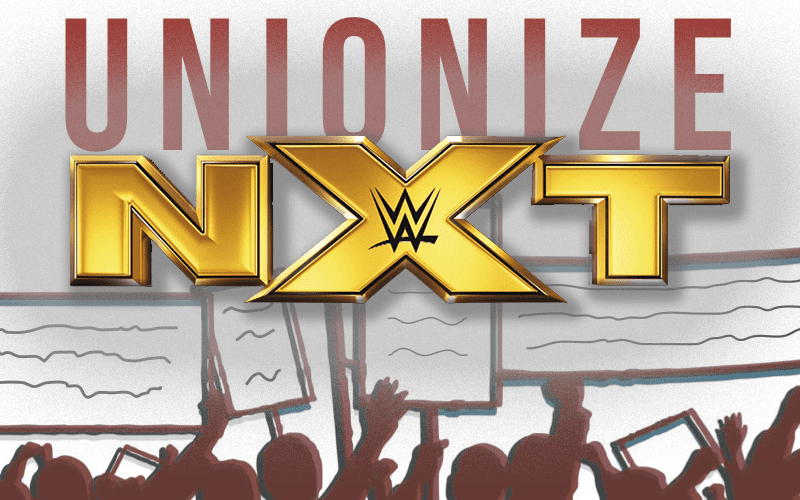 WWE Superstars are not in a union. This isn’t something that the company doesn’t like to talk about very much. They have been grilled for this policy many times in the past and John Oliver even gave them special focus for having exclusive contracts for independent contractors.

Dave Meltzer noted during Wrestling Observer Radio that after the Saudi Arabian situation, there really needs to be a union. The issue is that since WWE was able to put on such a “hot show” with NXT Superstars on SmackDown. That cements the mindset that WWE Superstars are easily replaceable.

“The guys really need to unionize and the funny thing is that the SmackDown show was a real eye-opener in the sense of ‘Well, if we all walk out Vince will bring in all the guys from NXT and they’ll get the basic same audience and they’ll do a hot show.'”

“So it’s kinda like in a sense this is the thing that could be the one to get you to [unionize], but you have to get everyone because if you’ve got NXT guys you know not involved in it then — and the funny thing is they’re not highly paid compared to the main roster talent, but they’re also you know they’re in a different frame of mind and they’re happy to be there and it’s just a completely different mentality there.”

“This is really the time when the guys need to think about union representation because this is a real — between just everything that’s been happening. This, the schedule it’s just a real tough deal and if you had representation there would be give and take and I don’t think the schedule would be so bad compared to you’ve got these guys going from Australia to Saudi Arabia to Buffalo and they don’t get to Buffalo and they’re going back to Europe in a couple of days. When they get to Europe they’re going to be really tired and really cranky, you know I mean part of it is that’s the job and everything.”

Another note that might be worth looking into is that no WWE Superstars have been on Fair Game since Bayley was asked about bargaining agreements and unions.

Perhaps union cards will start making their way around the WWE Performance center, but that might not be very likely considering the kind of watch Superstars are under while a part of the WWE Performance Center. Something definitely needs to change because we don’t want to ever have to worry about Superstars not making it back home from Saudi Arabia again.