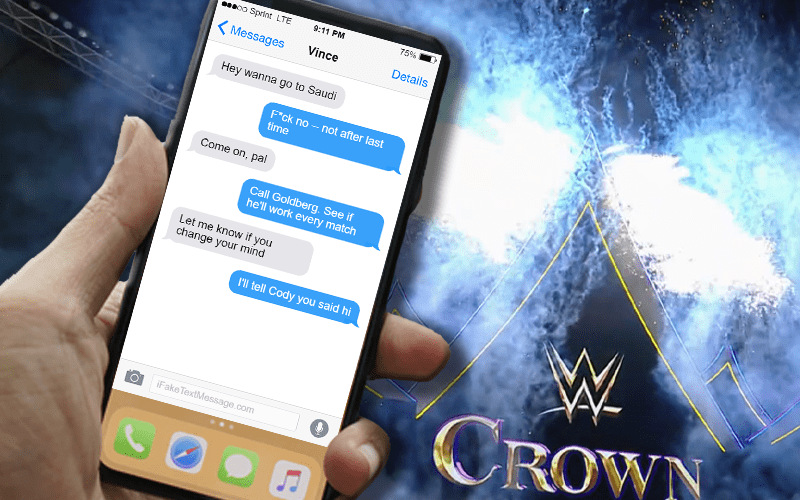 WWE Crown Jewel went down on Thursday, but the Superstars were not able to immediately leave as Vince McMahon planned.

As a result of this issue, Superstars have lost respect for McMahon. There is also said to be some that are upset over him leaving them in Saudi. This all is rumored to revolve around Saudi Arabia owing WWE money and now Superstars feel they were used in a power play.

Buddy Murphy tweeted out “Never again.” Andrade followed that up by saying it was a “bad day” in Saudi. Rusev followed that one up by saying that they need our prayers. This was not a good situation and there was some serious tension.

Bodyslam.net reports that they have been told that Superstars are saying that they’re not going back to Saudi Arabia.

In another update to the story, after speaking to a source within WWE who was on the trip to Saudi Arabia, there are many WWE Superstars who have said that they “will never go back” to the country again following the incident and detaining in Saudi Arabia.

It stands to reason that Superstars might be hesitant to go back to Saudi Arabia after they almost didn’t make it back to the United States this time around. The idea that a beef between Vince McMahon and Saudi Arabia could risk their well being is obviously a chance some aren’t willing to take again.