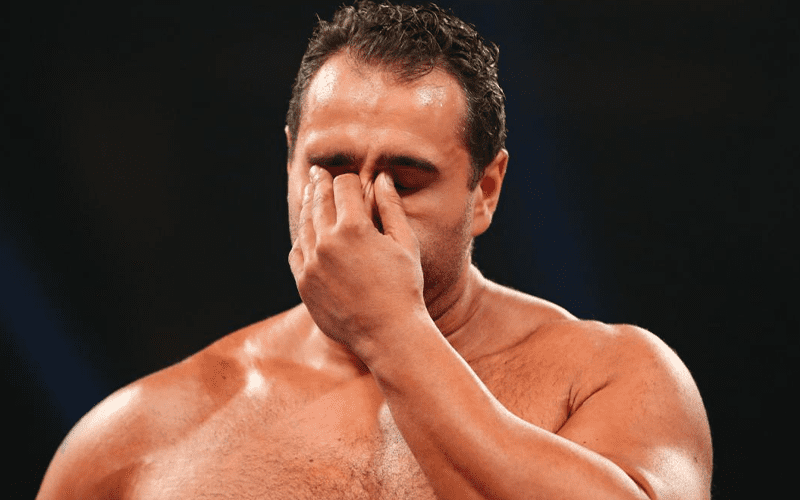 WWE Superstars are still in Saudi Arabia. There were apparently mechanical issues, but a new flight has been arranged. Hopefully, that happens.

Rusev tweeted out that they need prayers… brother. He did not expand on his situation, but he is likely back in his hotel along with the rest of the Superstars who were stranded in Saudi Arabia.

At this point and time We need all the prayers… brother.

At least Rusev was able to have a little fun with this situation. When one fan asked him if he could borrow $50, The Bulgarian Brute responded that if the fan came to Saudi Arabia then he’d give him $150.

Hopefully, Rusev and everyone else will make it back soon. They already have a 14 hour flight ahead of them.