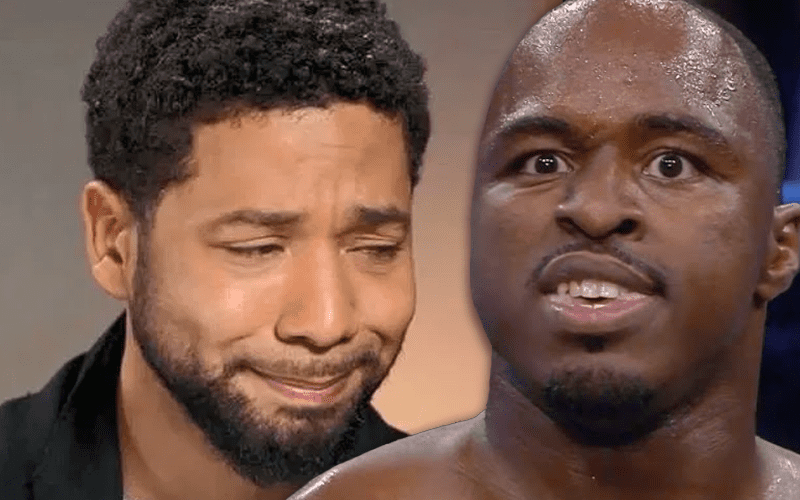 Jordan Myles did not appreciate the t-shirt that WWE made for him. The company said that he approved it, but he later explained why he approved it because he never saw it on a black t-shirt.

The original controversial Jordan Myles t-shirt that resembled blackface makeup was available on WWE’s custom print shop so it could be put in any amount of colors. The black option was very offensive, but WWE says they didn’t sell any of it.

Some fans turned on Myles accusing him of pulling a “Jussie Smollet.” The famous Empire star staged a mugging and blamed it on a hate crime only for it to be revealed that he orchestrated it himself.

When one fan called Myles “Jussie Smollet,” another fan tweeted back asking him which one of the white people with torches he was in a photo illustration. Then the first fan replied saying: “I’m black.”

Jordan Myles seemed to get a real kick out of the entire exchange. He replied back with a video of himself laughing at the conversation.

It seems like he’s going to laugh off any comparisons to Jussie Smollet which is probably the best tactic to take, because nobody needs to feed the Twitter haters.