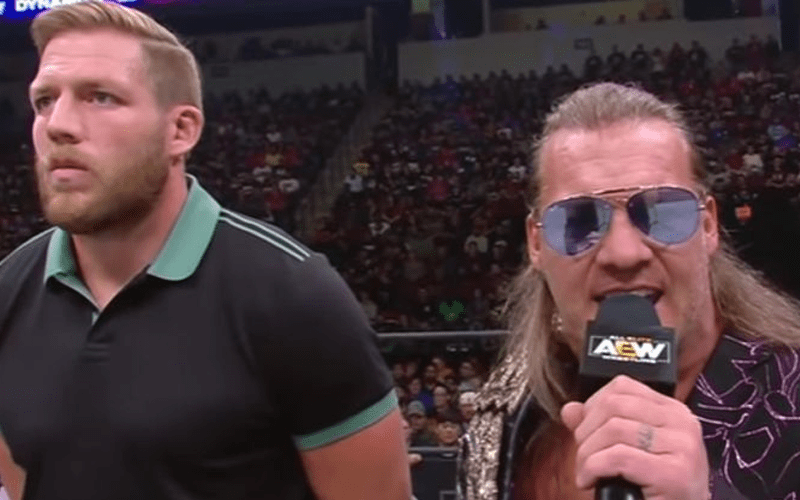 Jake Hager is now with AEW, but he hasn’t had a match yet. He was waiting until his recent Bellator fight was over. Now that is all said and done after he kneed Anthony Garrett in the crotch and ended the fight.

While speaking to Wrestling Inc, Hager was asked who he wants to face in AEW. There are a lot of people Jake Hager would love to face including one man who happens to lead the Inner Circle.

“At AEW they have such a great roster. Off the top of my head, I can name ten people I want to wrestle there. Chris Jericho, Jon Moxley, The Young Bucks, Rey Fenix, Penta. There are so many guys there that would be a fresh matchup for the Jack Swagger/Jake Hager-style. In MMA, I’m very excited about the heavyweight division. I definitely want to fight (Heavyweight Champion) Ryan Bader. I would love to fight Fedor Emelianenko in Russia, maybe we can make that happen. As for a third, can I say a politician? Chuck Schumer.”

For whatever reason, Hager wants to face United States Senator from New York Chuck Schumer. It’s probably more likely that he’ll get a chance to face Moxley or Jericho first though.