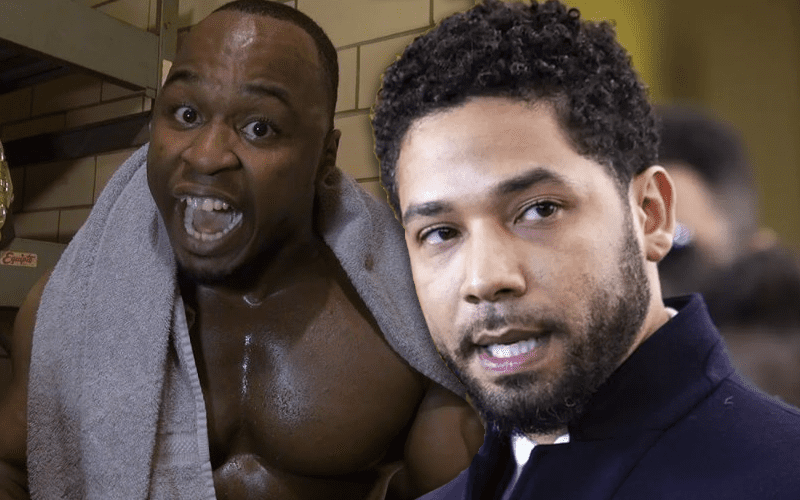 Jordan Myles started some major controversy after his first WWE t-shirt resembled blackface. The t-shirt was taken down, but then an online movement sparked.

WWE released a statement saying that Myles approved the design. Then he said that the design was only approved because he saw it on a white t-shirt.

He called Jay Lethal an “Uncle Tom.” Then he compared himself to Tupac before calling Kofi Kingston “Martin Luther Kingston.” Those tweets were not received very favorably by some fans who were previously on his side just a few hours earlier.

When fans called for Myles to apologize to Jay Lethal, he replied saying: “I won’t take back anything I’ve said. If I said it.. I meant it.” It should be noted that he’s not apologizing, but he did delete that tweet about Lethal and ROH.

Fans started to voice their opinion about Jordan Myles by comparing him to Jussie Smollett. While some remain by Myles’ side, it seems that the way he has handled this situation caused some people question their support of his cause.

You can check out some early responses to his various tweets below. This is just a sampling of the negativity that has started to mount against Jordan Myles.