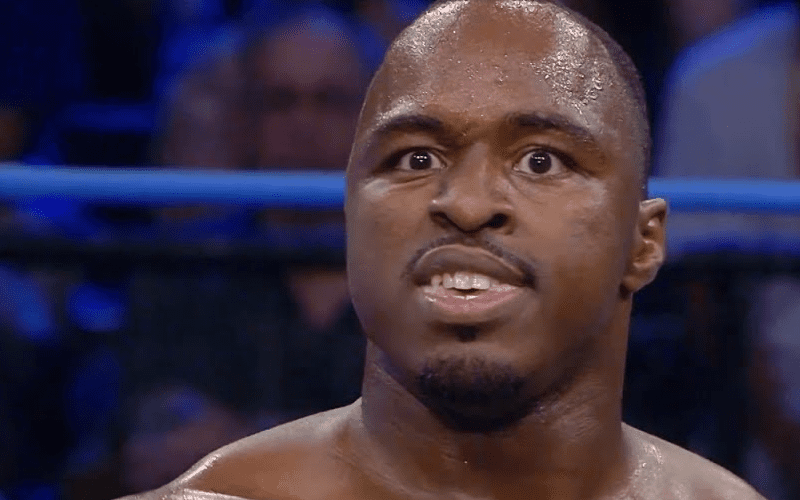 Jordan Myles’ first piece of WWE merchandise was not received very well at all. It resembled blackface and was pulled from the WWE Shop. A month later, Myles still didn’t have answers as to why it was made so he wanted to know.

When I originally saw the design I was uncomfortable. Rather than addressing the issue I decided to counter offer with another.

Baker Landon lied to my face! He said HHH wanted this design so my hands were tied. I spoke with @TripleH in person and his impression was I approved

He also later explained why he approved this design. He deleted the following tweet, but we have a screenshot below.

“I’m far from perfect. I’m willing to do anything for the job of my dreams to make things work for both parties.”

“I only agreed to the shirt because it was shown to me on a white tee. Once placed on a black tee you can clearly see the racist intentions.”

After Myles released a video saying that “WWE doesn’t care about black people,” we have to wonder what his next move will be. He deleted that video and a later tweet where he called Jay Lethal an “Uncle Tom.”

We will continue to monitor this on-going story right here at Ringside News.