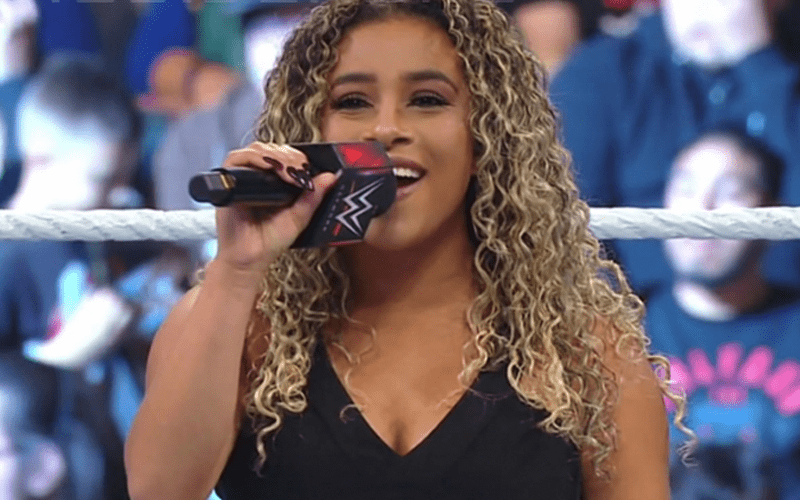 JoJo Offerman used to announce Superstars as they made their way to the ring, but she hasn’t been on WWE television since January.

Offerman and Bray Wyatt are a couple and she gave birth to their first son Knash a few months ago. There could be a big sign that JoJo is getting closer to making a return to RAW.

JoJo was spotted arriving at St Louis’ Lambert International Airport last night. There is no word on whether she will appear on RAW tonight, but she’s in the right city for it.

Since Offerman left television, Mike Rome has been filling in. It was noted that he is keeping her seat warm so we’ll just have to see whether JoJo returns. It might also be interesting to note that since WWE doesn’t like splitting up couples then Bray and JoJo might eventually end up on the same brand.