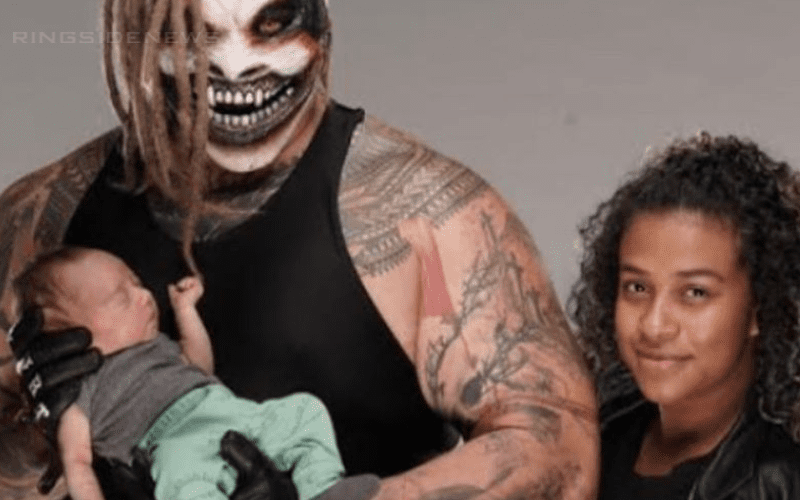 Bray Wyatt and JoJo Offerman celebrated the birth of their new son Knash not too long ago and it looks like Knash is already making connections backstage in WWE.

We previously reported that Bray and JoJo brought Knash to the RAW Reunion show so he could meet everyone. In the process, he got those hands from Braun Strowman, but not in a violent way at all. In fact, Strowman is Knash’s godfather.

Strowman held Knash for a photo-op with Wyatt and X-Pac in a moment that will undoubtedly be a treasured page in Knash’s baby book for the rest of his life. Knash will probably have no memory of the RAW Reunion, but this picture will always remind him of what kind of cool job his dad has.

“Finally got to meet my god son last night. I’m so happy for you brother,” Strowman sent out in a caption along with a great backstage photo from the RAW Reunion. This was certainly a great memory that we’re glad was shared via social media.