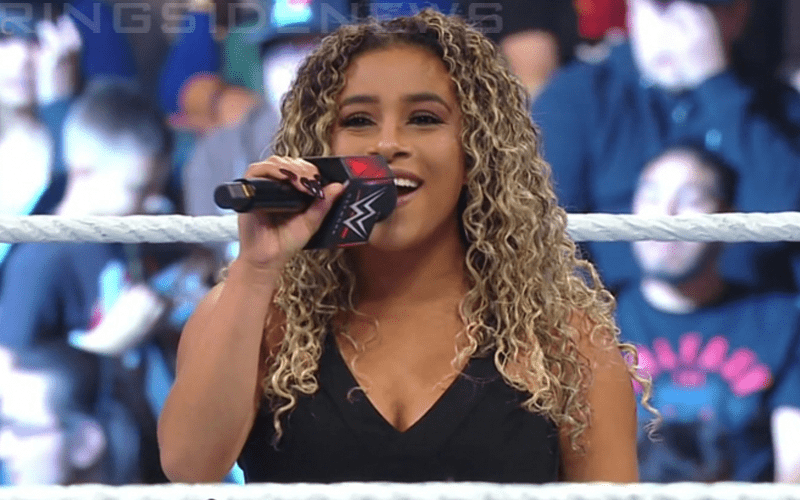 JoJo Offerman started with WWE and had aspirations of becoming a wrestler. This was documented in the first season of Total Divas where she was a regular member of the cast.

Since then JoJo found a much safer place as ring announcer for RAW. She toured with the company and everyone loved hearing her say, “Ladies and gentlemen… Elias” until she was taken off of the road.

Fans didn’t know why JoJo Offerman was gone from WWE television, but the rumors were swirling that she was pregnant. Of course, those rumors turned out to be true as her and Bray Wyatt recently celebrated the birth of their first son Knash Sixx Rotunda last week. Still, fans are wondering if she will be back on television eventually.

“Yeah I would think so,” Sean Ross Sapp said on Fightful Select‘s Q&A when asked if he expects that JoJo Offerman is done with ring announcing. However, you can never count out the chance that she might eventually decide to go back on the road to be with Bray Wyatt.

JoJo Offerman is still missed by fans all over the WWE Universe. We previously reported that JoJo’s camp said that Mike Rome was keeping her seat warm at ringside so you can never count out her return, but right now she has baby Knash at home who is taking up a lot of her time and should be her primary focus as a young mother.