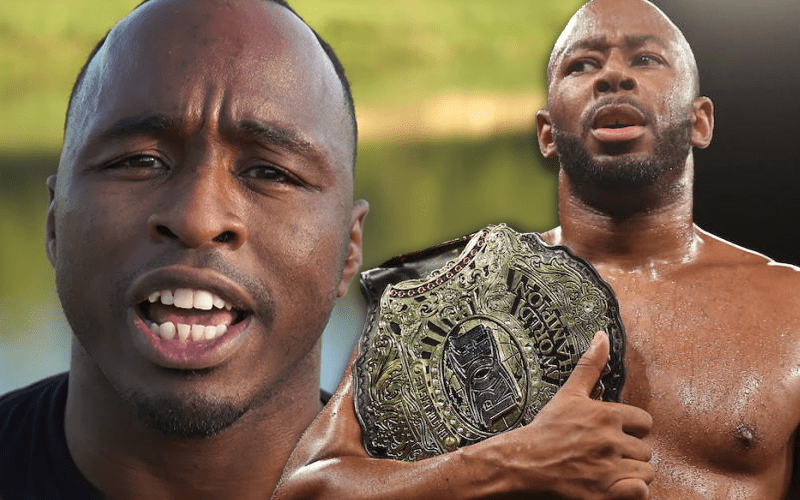 Jordan Myles isn’t very happy about his position in WWE right now. His first t-shirt brought a lot of controversy for resembling blackface makeup. Then WWE said that he approved the design.

Myles replied with a video saying: “WWE doesn’t care about black people.” This was followed by him flipping the bird.

He then took aim at his former employer Ring Of Honor. In a now-deleted tweet, Myles fired off some accusations at ROH. He also called Jay Lethal an “Uncle Tom” in the process.

They only allowed ONE African American to be the “Top Guy” while guys like Cedric Alexander, TD, and Malcolm Bevins, and myself had to chase this visible carrot a stick.

Name another African American who was reached great heights there other than this Uncle Tom:”

He included a picture of Jay Lethal under this tweet to illustrate the “Uncle Tom” he was apparently referring to.

These were some pretty heavy bombs to drop on ROH. Jordan Myles is still employed by WWE, but if that ever changes he might have some issues returning to ROH after making this statement.