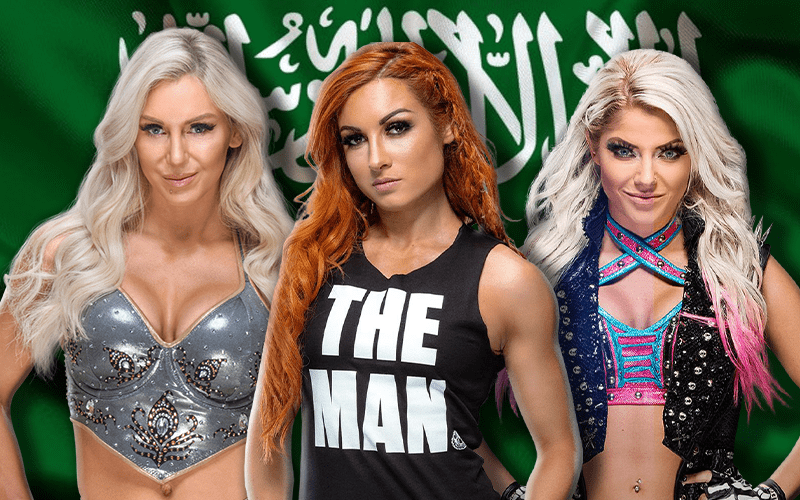 WWE is about to hold their fourth event in Saudi Arabia on October 31st. They will not be bringing any female Superstars with them this time around like they did last time.

Saudi Arabia has a very different culture wrapped in their religious beliefs. This means that women cannot wrestle in that country, but WWE would like to change that.

Brad Shepard reported on the Oh, You Didn’t Know Patreon that WWE has requested a women’s wrestling match in Saudi Arabia. They are reportedly shooting for 2020 now since they already know it’s not happening at Crown Jewel.

“According to a source in WWE, the General Sports Authority (GSA) and WWE have reached a deal on women’s matches for future events in Saudi Arabia in 2020.

I’m told the deal was overseen by Mohammad Bin Salman Al Saud himself.”

This is a decision that is totally up to Saudi Arabia, but it doesn’t hurt to ask. If anything, Crown Jewel is just the fourth event out of twenty so there’s still plenty of time for WWE to make some history in Saudi Arabia as long as they keep pushing the controversial country for the next ten years.

Get this kind of news even faster at the Oh, You Didn’t Know Patreon