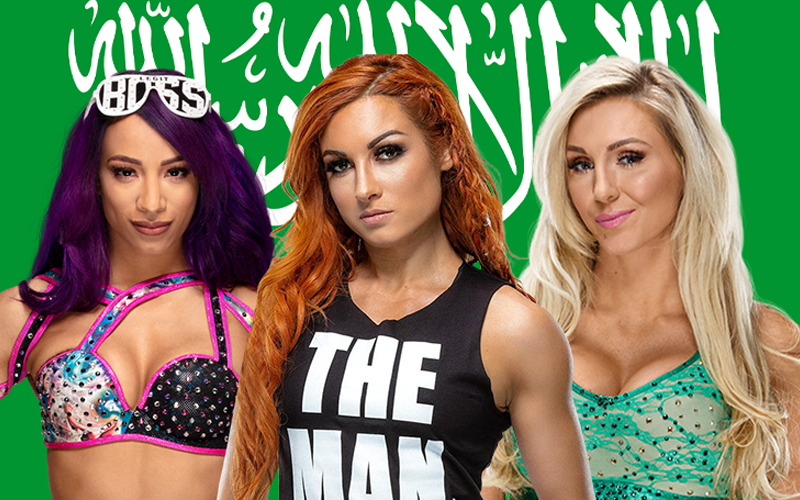 HUGE UPDATE: It looks like plans changed for WWE in regards to not having a women’s match in Saudi Arabia.

WWE Crown Jewel is happening on October 31st. It will be a big card starting at 1:00 PM on a Thursday, but we already know that there will be no women’s match.

Last time WWE traveled to Saudi Arabia they had some hope that the controversial country would allow them to hold a women’s match. That is why Alexa Bliss and Natalya were brought along. They didn’t get to wrestle, but there was some hope that they might be permitted to.

The Wrestling Observer Newsletter reports that WWE didn’t receive any kind of hope from Saudi Arabia about a women’s match this time around at all.

Unlike the last show, where the government gave WWE the impression they would allow women on the show, to the point the Natalya vs. Alexa Bliss match was quietly booked and both were flown over, and the rug was pulled out, we’ve heard nothing in that direction so far this time.

This is just the second year of a ten year deal between Saudi Arabia and WWE. It’s possible that something could happen in the next eight years, but there won’t be any women wrestling in Saudi Arabia this time around.