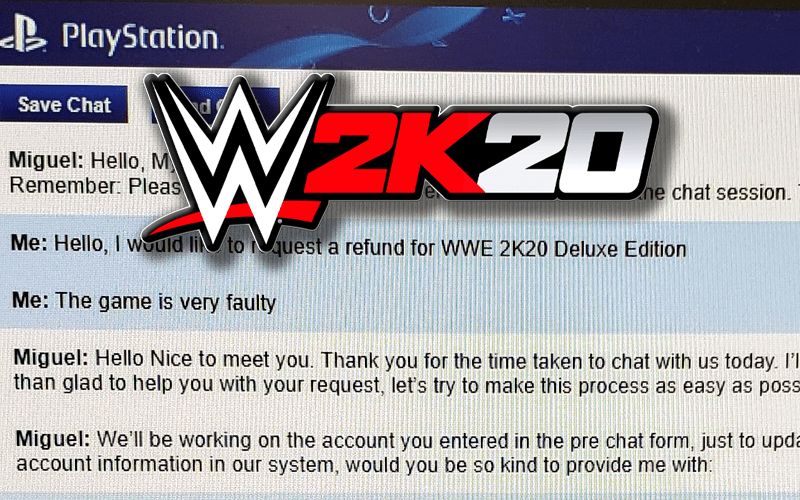 The word must have gotten out that WWE 2K20 has an amazing commercial campaign, but the game is broken.

#FixWWE2K20 is viral and now it appears that PlayStation is well aware that they’re selling a bad game. The IWC is now full of fans who have received refunds for this game.

Fans purchased WWE 2K20 thinking they could play it, but it is full of glitches. Some of them might be entertaining, but others outright prohibit gameplay. The fact that they shipped out Ultimate Editions without autographs when they were promised is another story entirely.

So, if you bought WWE 2K20 for PlayStation and are unhappy with it, then they have you covered. As you can see from the video below, they are not putting up any kind of resistance when refunds are demanded through the PlayStation Store.