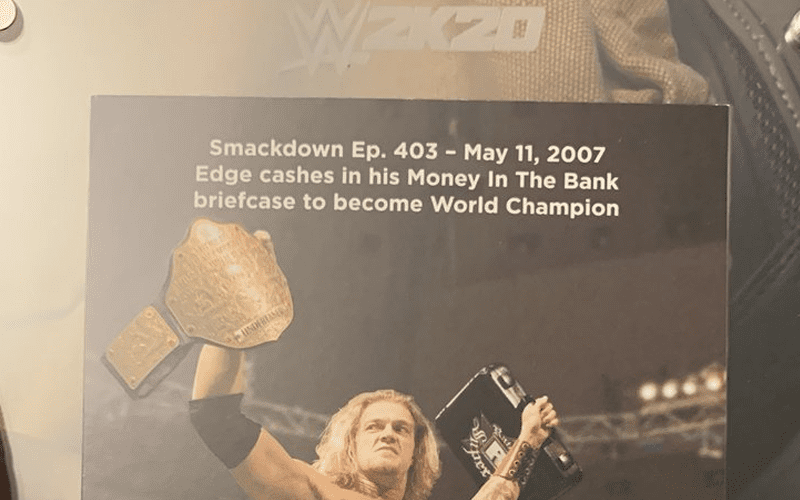 WWE 2K20 Ultimate Editions were promoted to come with a “Limited Edition WWE SmackDown! Legend Autographed Plaque (Kurt Angle, Rey Mysterio or Edge)” That is apparently not the case at all.

One unhappy fan tweeted out photographic evidence that the package he received did not include an autograph from the Rated R Superstar.

@EdgeRatedR not trying to jazz you up late at night but when you spend $130 on something that’s advertised you usually expect to get it. Hit me up dude. I would like to see somebody make a right on this because @WWE will just ignore me. No autograph?! Wowww! @WWEgames #WWE2k20

Edge obviously saw this and revealed that this fan wasn’t the only one who didn’t receive an autographed plaque. This is really a shame. Edge is going to make it right though. After he’s home from his current movie shoot he’ll get a PO Box going.

Lame. Seems like it happened to a few other people too. Someone dropped the ball. I’m filming a movie for the next month but when I get home I’ll get a p.o box. Everyone who didn’t get one signed, I’ll follow you on here, give you the address and you can send it to me to sign

We really hate hearing this. It’s bad enough that #FixWWE2K20 is trending on social media. Now the game’s Ultimate Editions are coming up short as well.