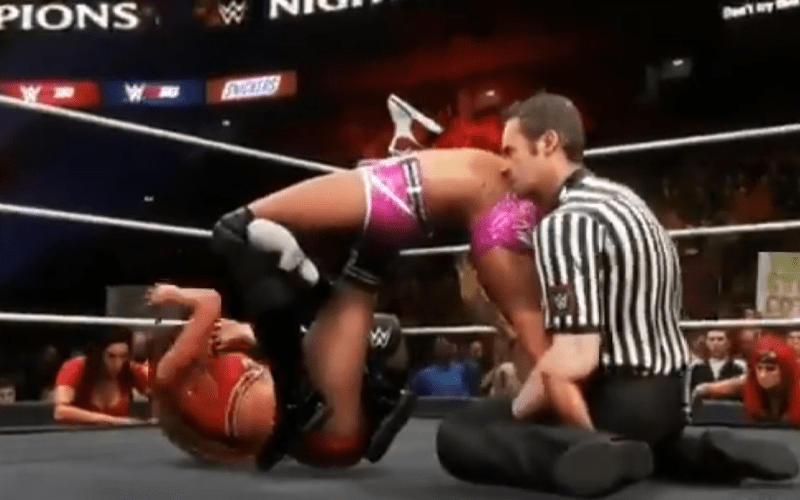 WWE 2K20 officially drops tomorrow, but there are already some fans who have the game in their possession. One pretty bad glitch made it into the game that has gained some serious attention.

Charlotte Flair is known for her Figure 8 finisher. She will make opponents tap out with this variation of her father’s famous Figure 4, but WWE 2K20 took it a step further with some apparent referee assistance.

We’re not quite sure how to explain what is going on in this glitch. The referee clips into Charlotte Flair’s character and appears to gyrate as Flair continues to apply pressure. It is a pretty entertaining glitch which you can see below.

It just goes to show that sometimes it pays to hire testers to really play the game and point out these kind of mistakes. This one give off a very different impression about the match’s finish.