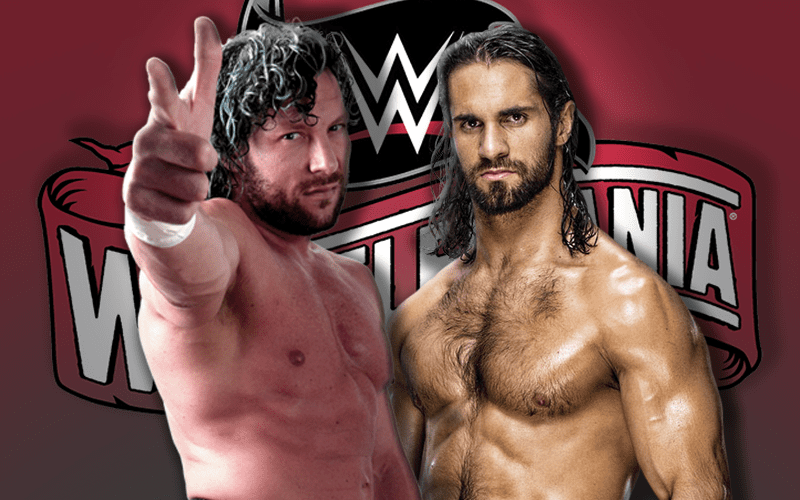 AEW and WWE are not in competition with each other according to Shad Khan. All Elite Wrestling is certainly offering a viable alternative to pro wrestling fans.

The fact that these two companies have exclusive talent might mean we’ll never see crossover matches. WWE is pretty notorious about their exclusivity. That being said, Seth Rollins is more than ready to face Kenny Omega.

During a recent appearance, Rollins said that he’s down for a WrestleMania match against The Cleaner if Omega is done with the “minor leagues.”

This is the same event where Seth Rollins said that Vince McMahon is a “weird old man” and then Becky Lynch said they take turns being “The Man” in their relationship.

This was a pretty eventful convention appearance for The Architect.