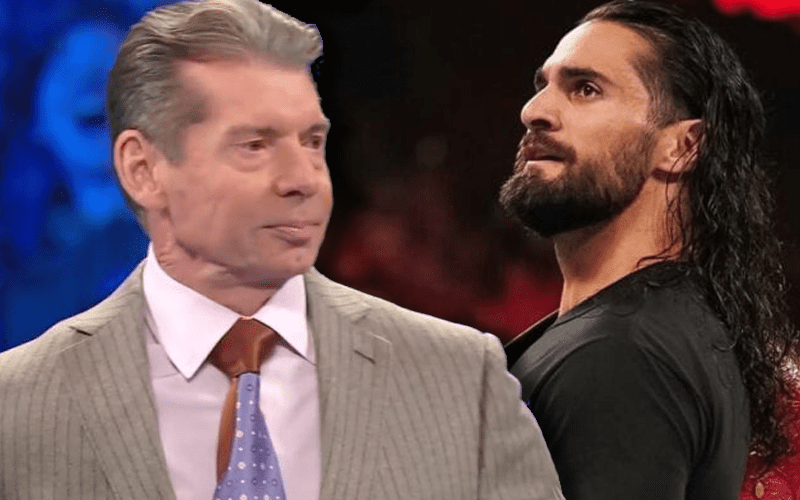 Vince McMahon controls WWE and he even has a big say in what his Superstars wear to the ring. He also isn’t a fan of gauging public opinion before making a decision.

Seth Rollins has worn his fair share of awesome ring attire, but some fans would love to see a return of his all gear. Funko even immortalized this attire in an FYE exclusive Pop figure, but Vince McMahon doesn’t get it.

While at a recent autograph signing, one fan asked Seth Rollins if the all white ring attire is ever coming back. He shot that down by saying that Vince McMahon just doesn’t get it.

“No, Vince won’t let me wear it because he’s a weird old man that doesn’t understand that people think it’s the coolest gear they’ve ever seen. He doesn’t get it. I get that question more than anything else, it’s just huge man, people loved it.”

“I think it’s in our archive like I gave it to our archivist guy. He puts it up at the Axxesses and stuff.”

There is probably a very good chance that Seth Rollins wasn’t aware that he was being recorded. That being said, it was certainly his voice saying that Vince McMahon just doesn’t get why fans love his all white ring attire.

That should answer a lot of fans’ questions about what happened to Seth Rollins’ all white gear. Apparently, Vince McMahon wasn’t a fan. Other fans loved it, but in the end it’s Vince’s company. At least fans can still see it at Axxess.