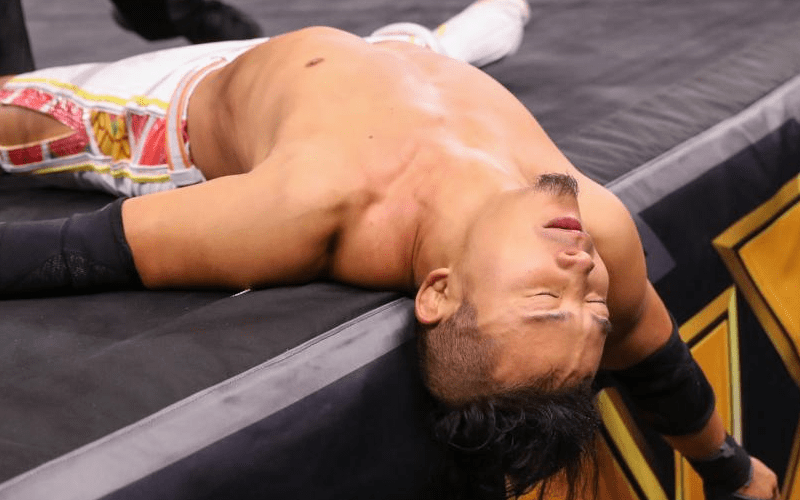 Kushida battled WALTER on NXT this week and he was reportedly injured. Now it looks like he has the cast to prove it.

A lot of fans are wondering if the WWE Now NXT injury update posts are legit. We can’t speak for all of them, but Kushida did seem to be injured as he re-aggravated a previous affliction.

He updated fans with a picture of his wrist with and without a cast on. He promised to be back soon, but it’s unclear when.

Ouch! Rebuild and come back to the ring soon Thank you everyone.

WWE Now’s report listed Kushida’s injury as “day to day.” Hopefully, he won’t miss too much action as he is just getting started in NXT.