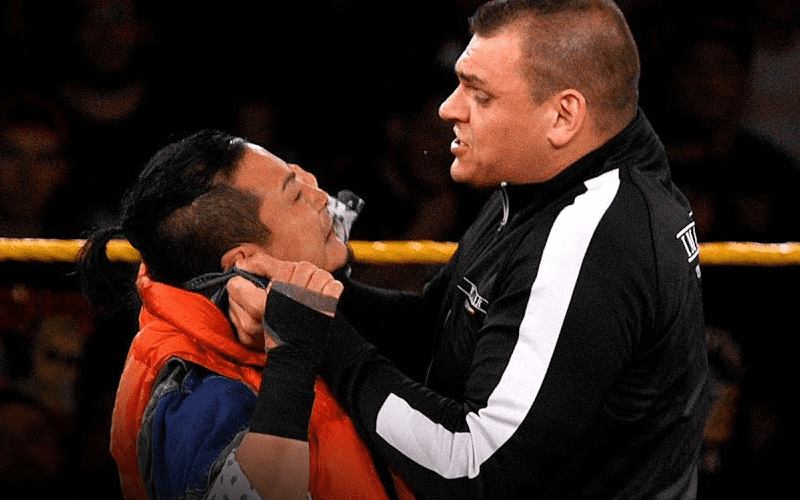 WWE’s NXT brand brought a loaded show to the USA Network, but not all of them left unharmed.

WWE Now reports that KUSHIDA re-aggravated a wrist injury in his loss to WWE United Kingdom Champion WALTER this week on NXT. His status is listed as day-to-day.

Boa also suffered a “possible rib injury” after he faced Killian Dain. He reportedly had breathing problems and is listed as day-to-day.

Matt Martel and Chase Parker are also listed as day-to-day. They took a beating at the hands of The Forgotten Sons. It is reported that Martel suffered a separated shoulder and is now undergoing physical therapy. Parker is reported to have suffered a possible jaw fracture.

Hopefully, those injuries will heal up soon so they can get back to action.