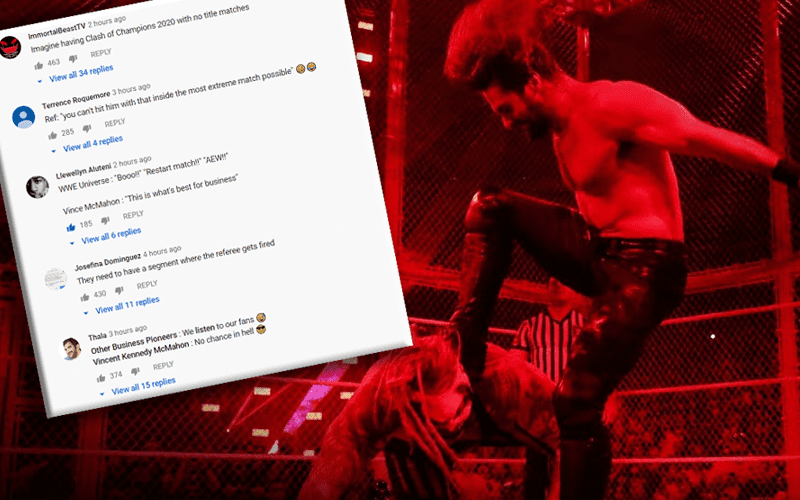 WWE Hell In A Cell left a lot to be desired when everything was said and done. Some fans are considering it the worst main event match ending in WWE history.

Click here for our entire WWE Hell In A Cell results.

Cain Velasquez’s WWE debut outdid The Rock’s return on YouTube. Those videos had millions of views. The same cannot be said for the video of Hell In A Cell’s main event.

As of this writing, the YouTube video of Seth Rollins smashing The Fiend with a stomp has 406,725 views. The most telling stat is the number of likes versus dislikes.

Right now, the video has 10,000 “thumbs up” clicks, but YouTube users have clicked “thumbs down” 35,000 times. Of course, those numbers are likely a bit higher since we only see every thousand clicks, but that is how they are registering.

This is just even more proof that people really didn’t like the Hell In A Cell main event at all. Fans aren’t the only ones either because as we previously reported there were those backstage who saw the entire deal as a disaster.

The top comments on the YouTube video are quite telling as well.