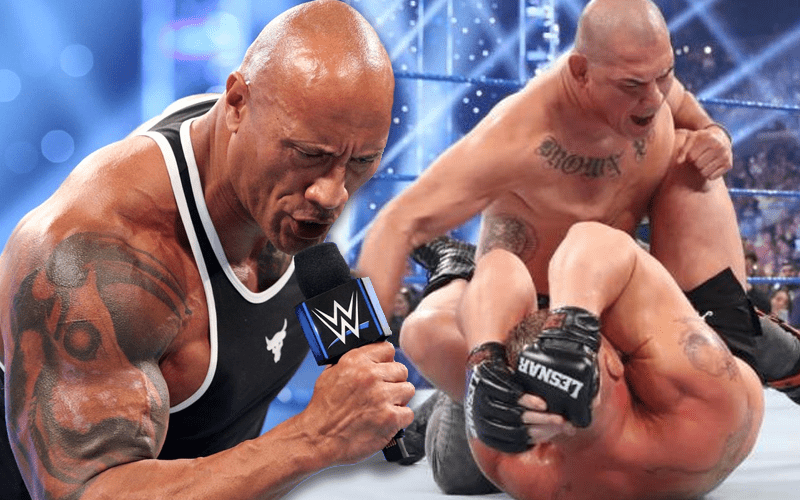 The Rock’s return to WWE for SmackDown’s 20th Anniversary on FOX was great to see, but the numbers might point to Cain Velasquez as the winner of the night.

As of this writing, Cain Velasquez’s WWE debut has 5.4 million views on YouTube. The Rock has 2 million views which is still outstanding, but Velasquez nearly tripled The Rock’s number.

Keep in mind that a ton of people saw The Rock on FOX who didn’t stick around to see Cain. WWE’s numbers plummeted a little bit after The Great One’s segment was over.

It’s hard to ignore at this point that Cain Velasquez vs Brock Lesnar could be a big ticket match with a lot of potential for a crossover audience. Let’s just see if they’ll run those two together for a show that isn’t in Saudi Arabia.