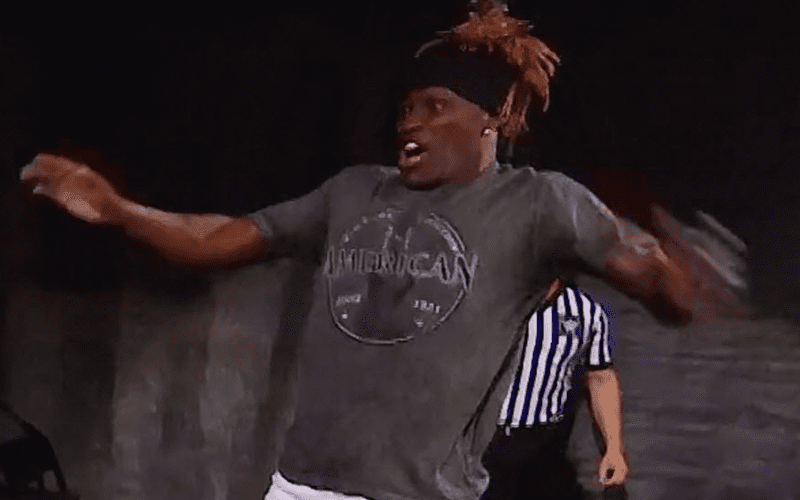 The WWE 24/7 Title can change hands when you least expect it. We previously reported that Carmella dropped her title to Tamina at Hell In A Cell. As it turns out, Tamina didn’t hold that title for long at all.

Tamina was shown just standing around the arena floor when R-Truth started chasing her. She tried to use Funaki as a shield, but as she was distracted, Carmella hit a Superkick on her and R-Truth made the pin.

This marks R-Truth’s 20th reign as WWE 24/7 Champion. There wasn’t a lot of fanfare, but he is definitely making it hard for anyone to break his record as most WWE 24/7 Title reigns.