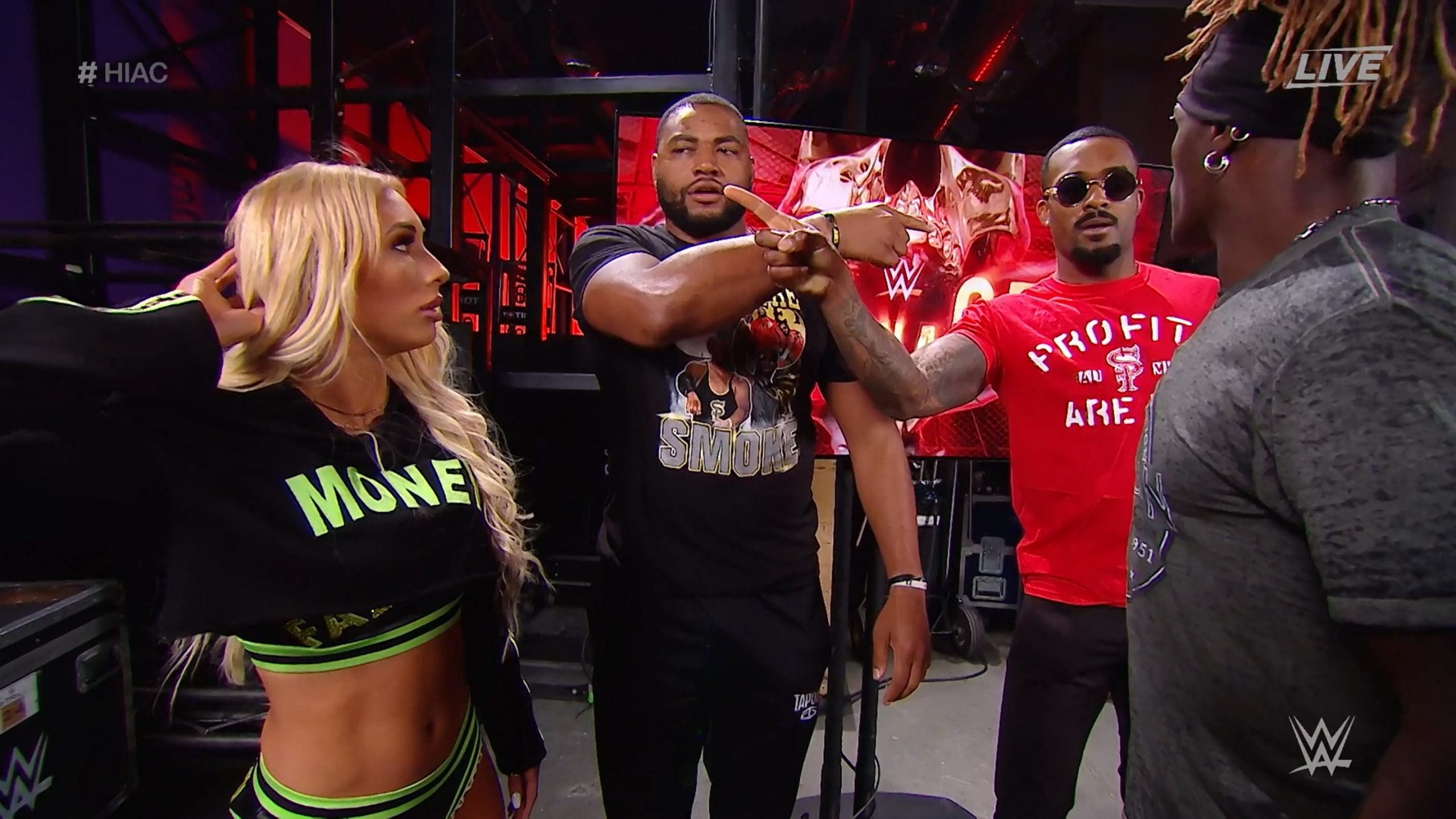 Carmella walked into Hell In A Cell as WWE 24/7 Champion, but she lost the title in Sacramento.

During the Hell In A Cell pay-per-view, The Street Profits were doing a run-down of what’s to come in the event. Then Tamina swooped in and stole a pinfall on Carmella.

There was a referee around and they counted to three. Now Tamina is not only making her return to WWE television after an injury, but she’s doing it as a champion.

When Carmella got up, she was not happy at all about losing her title and demanded to know which way Tamina went. The Street Profits were of little help, but she’s likely to track her down eventually.

We will keep you updated if WWE switches the WWE 24/7 Title any more throughout the night.