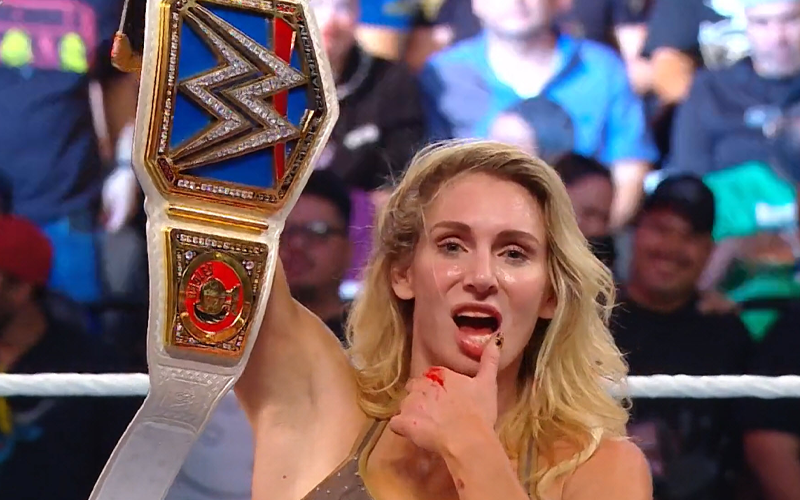 WWE Hell In A Cell was a night full of Superstars all trying to top each other. The SmackDown Women’s Title match was no exception.

Bayley put her SmackDown Women’s Title on the line against Charlotte Flair. The entire time, Flair knew what she had to do. The Queen focused on Bayley’s leg to soften her up for the finish. This eventually led to The Hugger tapping out to Flair’s Figure 8.

After the match was over, Bayley sat at ringside and cried while the Sacramento crown heckled her.