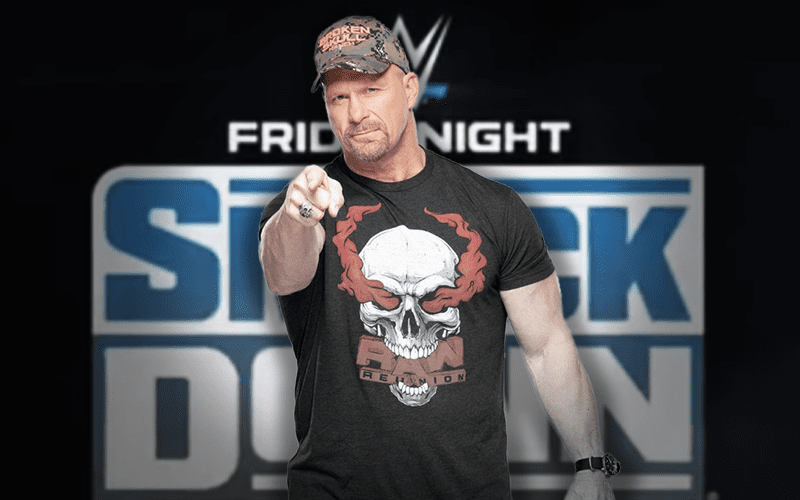 WWE’s debut on FOX pulled a very good rating and everyone was talking about Cain Velasquez showing up out of nowhere. Steve Austin was promoted for the show though, but he wasn’t used.

Some fans were irate about not seeing The Rattlesnake as advertised and they even started “AEW” chants. Apparently, they weren’t the only ones surprised by Austin’s absence on the show.

Brad Shepard reports that Steve Austin was backstage, but he wasn’t on television. Austin lives in the area so at least it wasn’t too big of a hassle make a trip to the Staples Center. Still, some backstage were shocked that he wasn’t used.

According to a source in #WWE, Steve Austin was backstage last night along with other legends, but didn’t make TV. I’m told people in the company were shocked at that.

Steve Austin appearing on the show would have been great, but it was a packed event. Some fans have suggested that WWE didn’t need an eight-man tag match, but that led to a Tyson Fury confrontation with Braun Strowman.

We’ll just have to see when WWE promotes Steve Austin again and hope that he actually makes it on the show next time.