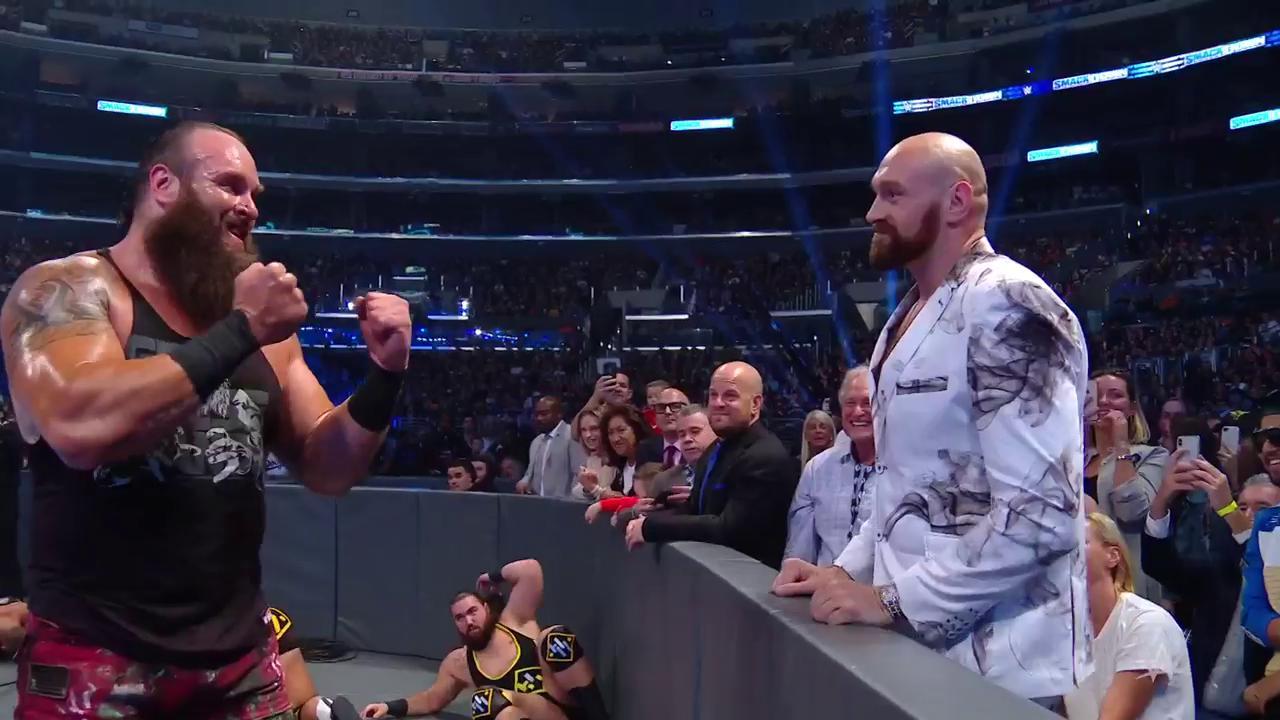 WWE’s big FOX premiere brought all of the stars out that they could. Marshmello became WWE 24/7 Champion and boxing star Tyson Fury was ringside as well.

During a big eight-man tag team match, Braun Strowman had a little stand-off with Fury. Then Braun got back in the ring and proceeded to win the match.

After the match, Braun celebrated a little bit and this caused Tyson Fury to want to give Braun his hands. Security had to jump in and stop Fury from getting in the ring.

This was all part of the show, but it makes you have to wonder what WWE could be planning with Tyson Fury and Braun Strowman.