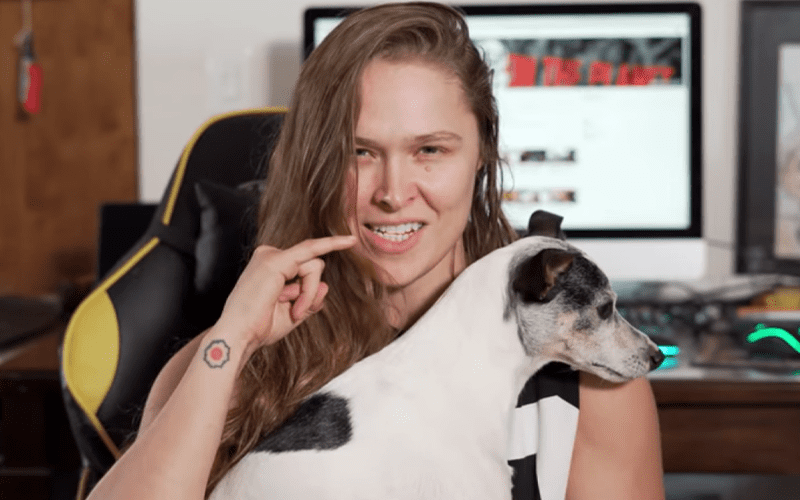 Ronda Rousey might not be appearing for WWE anymore, but she’s still got a lot going on. Not only is she appearing on 9-1-1, but she is also keeping busy on Browsey Acres.

The former RAW Women’s Champion is also going to be featured on the ninth season of Total Divas as a regular cast member.

We’ll have to wait and see when Rousey might make a return to the ring, but her finger needs to heal up first. After all, she just got her stitches out recently.

Ronda Rousey recently celebrated a huge achievement on YouTube where she passed 500,000 subscribers. This is a pretty big milestone for any YouTuber, even the Baddest Woman On The Planet.

It will be interesting to see if Ronda Rousey does eventually make a return to pro wrestling seeing how WWE recently moved her over to the alumni section of their website. At least fans can catch up with Rousey on YouTube.