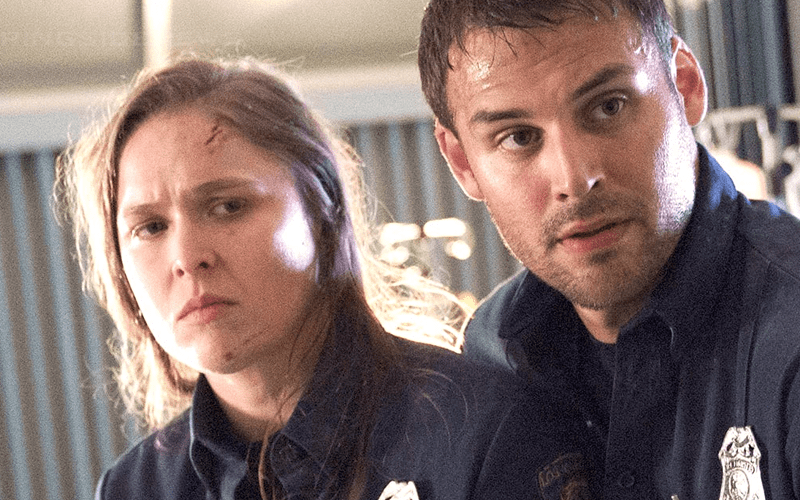 Ronda Rousey is the Baddest Woman On The Planet and she proved that in a big way while shooting her recurring role on Fox’ 9-1-1 television show.

Rousey will play a fire fighter on this new season of 9-1-1 and TMZ reports she was shooting a scene in Mexico last week when things went wrong. She was reportedly supposed to slam a door during a dramatic scene, but she forgot to move her hand.

But, as one source put it … “She was a little over-exuberant and slammed the door on her finger.”

Ronda Rousey famously fought through a broken hand during her WrestleMania 35 main event match. She busted her hand while laying punches into Becky Lynch and it didn’t slow her down at all. This was exactly what happened on the set of 9-1-1 as well.

It is reported that Rousey “didn’t wince, didn’t complain, didn’t mess up the scene.” Instead, she carried on like a trooper and didn’t break character at all.

After the director called cut on the scene Ronda Rousey let everyone know that she was hurt by saying, “Ow. You’re not gonna like this!” She was later diagnosed with a broken finger.

Rousey put her finger in a split and continued working. Hopefully, she heals up fast, but that seems to put some damper on hopes that she’ll be returning to the ring anytime imminently.

Update: TMZ now reports: “The middle finger got the worst of it — it was broken and her tendon was nearly severed. She also fractured the tip of her ring finger.”