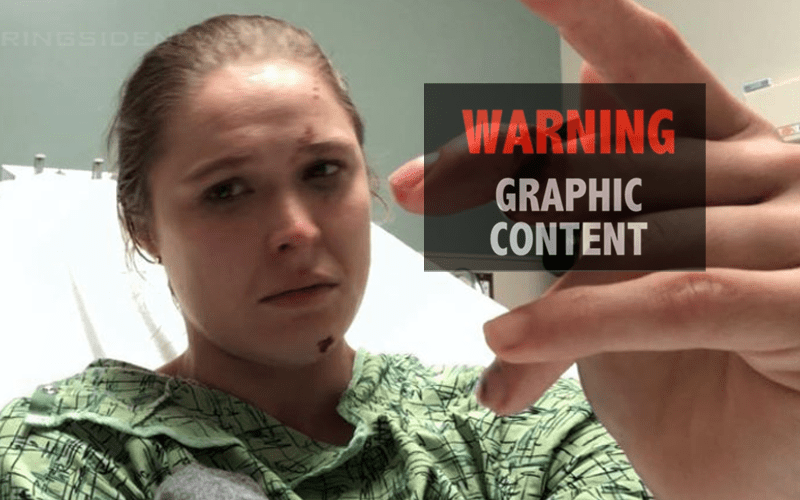 Ronda Rousey isn’t wrestling in the ring anymore, but she is still tearing it up on the small screen, literally. Rousey recently injured herself while filming a recurring role on 9-1-1 and now she’s talking all about it.

The Baddest Woman On The Planet nearly severed her finger when slamming a door during an emotional action scene. She was rather humorous about this accidental trip to the ER, but that finger injury still had to have hurt a lot.

So the word is out I nearly lost my finger shooting @911onfox. Freak accident, first take of the day a boat door fell on my hand, I thought I just jammed my fingers so I finished the take before looking (I know it sounds crazy, but I’m used to live audiences and never showing pain unless I’m supposed to) after a break in the action I told our director the situation and was rushed via ambulance to the hospital where they promptly reattached my bone and tendon with a plate and screws. I returned to filming the next day and finished my scenes before returning home to recover. Modern medicine amazes me, I already had 50% range of motion back in 3 days. There’s so much more than I can write here, stayed tuned via @rondarouseydotcom for the full story. And of course tune in to see how well I can act like my finger didn’t just fall off in this upcoming season of @911onfox

Her finger will need to do a lot of healing after an accident like that. Hopefully, they will be able to work around her injured digits when filming the rest of her role as a firefighter.

As of right now any plans to return to the ring, if there were any, will certainly need to wait for a bit as well. You can check out the picture below, but we must warn you in advance that it’s pretty awful.