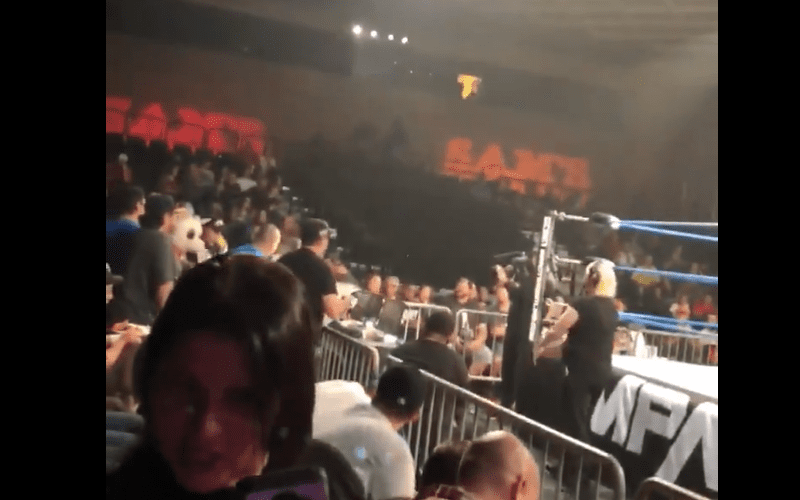 Impact Wrestling might provide an opportunity for exposure, but it’s not worth it anymore for Killer Kross. This is amplified by the fact that he’s not getting booked.

We previously reported that Killer Kross and Impact Wrestling were having issues with his contract. He wanted more money than the $40,000 a year contract he was offered and they were at a standstill. He continued to work because he was getting paid per night.

Then Impact Wrestling stopped booking Killer Kross entirely after he refused to blade at Slammiversary. This wasn’t a very good look at all for Impact Wrestling, but Kross is still locked into a contract with the company.

They won’t release Killer Kross as he requested like they did for his girlfriend Scarlett Bordeaux who just received a WWE tryout.

Impact Wrestling recently held television tapings in Las Vegas which is Killer Kross’ hometown. He was not booked on the show, therefore, fans in attendance were not happy. A few of them even decided to combat chants of “Impact Wrestling” with “Free Killer Kross.”

#FreeKillerKross has also started gaining traction on social media. As we previously reported, Killer Kross’ Impact Wrestling Contract is up in December and the company has an option to renew for another year.

You can check out a clip below of the chants. Killer Kross obviously appreciated their efforts because he retweeted the video. He also posted a rather interesting fact that fans voted him to be “The One To Watch” in 2019. Let’s just see if they will let him out of his contact this year instead.