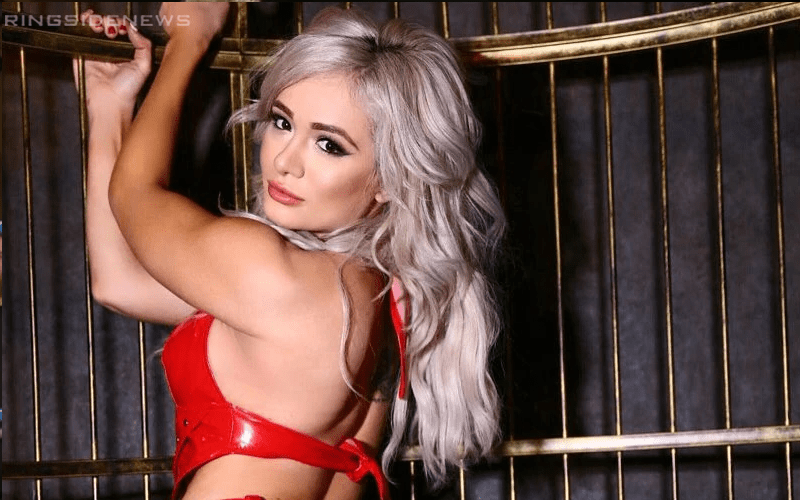 WWE has a lot of different types of people they are looking for when considering a new placement in the Performance Center. Former Impact Wrestling Knockout Scarlett Bordeaux is definitely coming in with some boxes already checked.

Squared Circle Sirens reports that Bordeaux was at a WWE tryout at the Orlando Florida Performance Center. She’s been a free agent since Impact Wrestling released her in June.

The Smokeshow hasn’t appeared in AEW or Impact Wrestling since June, but she did continue to appear for AAA alongside her real-life boyfriend Killer Kross.

Killer Kross is reportedly being punished by Impact Wrestling because he wouldn’t blade during a match. That is an unfortunate story. Hopefully, Scarlett Bordeaux being at the WWE PC for a tryout is a good sign for her as well.

We will keep you updated as more information is made known about this on-going story.