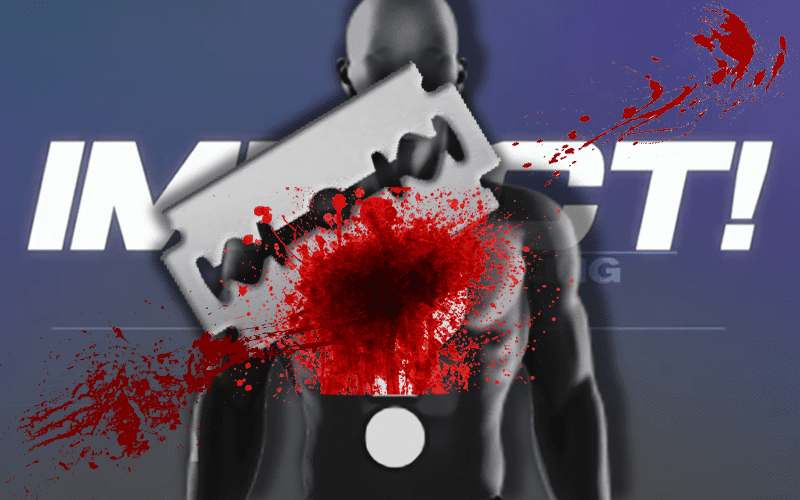 Blading is the act of cutting yourself open during a pro wrestling match. Historically blood can come from the forehead or the eyebrow, but people have bladed all over their bodies in the past. This action isn’t really 100% approved in 2019, to say the least.

Impact Wrestling could be using Killer Kross, but they aren’t calling him. This is very interesting and there could be a reason for it, but it’s not a good look for Impact Wrestling at all.

WrestleZone is reporting that Killer Kross is being punished by Impact Wrestling because he didn’t blade during a made. He had a match against Eddie Edwards at Slammiversary which was a first blood match, but the blood came from Kross’ mouth via a blood packet.

It was also said that IMPACT officials were upset when they then had to go out and get fake blood for the match after Kross didn’t want to cut himself open.

It is reported that there was some concern within Impact Wrestling’s roster that there was no medic at the Gilley’s venue in Dallas Texas. The absence of blood tests is also a bit troubling.

This story was later confirmed by Mike Johnson at PW Insider who noted “It should be interesting to see if Kross is used at the TV tapings this weekend as he lives in the city [Las Vegas].”

Impact Wrestling also didn’t call Killer Kross for their Toronto television tapings even though he was staying with family in the city at the time so they wouldn’t have even needed to buy a hotel for him.