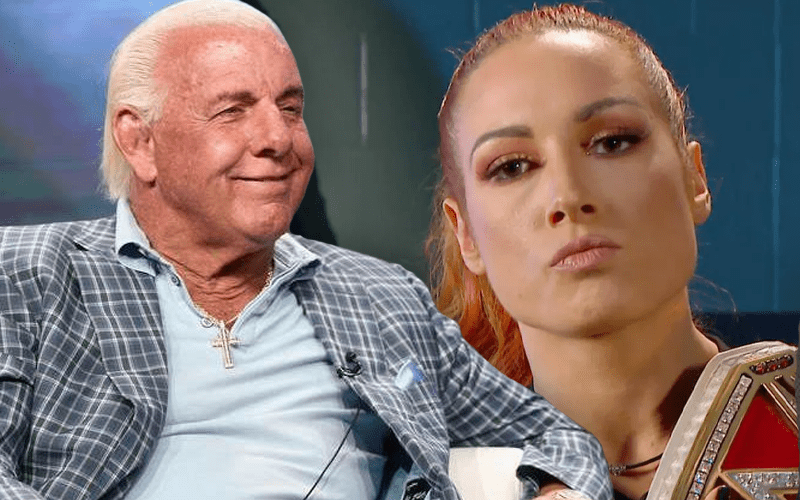 Becky Lynch is The Man. WWE puts that moniker on her merchandise and they have been doing so for a while now. It looks like Ric Flair is just figuring out that he should lay a legal claim to this persona after using it since the 1970’s.

Lynch and Taylor Swift recently had a little bit of a Twitter tiff. T Swift actually never replied to Lynch. Perhaps she wasn’t sure how to react after receiving a kayfabe threat from a WWE Superstar.

Ric Flair later weighed in on this subject as well. Then he took it to a copyright office as The Nature Boy is now attempting to trademark “The Man.”

Becky Lynch tweeted out this morning, “I am The Man.” Apparently, she just heard the news that Flair could be trying to muscle in on her merchandise’s slogan.