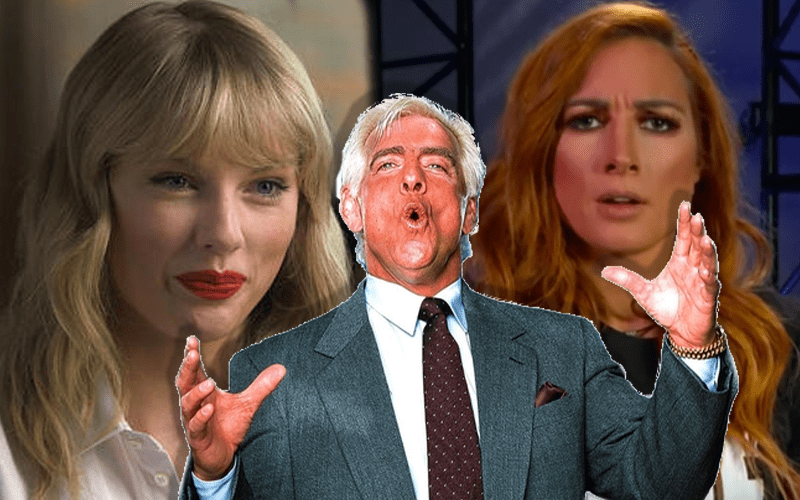 Becky Lynch is The Man, but that is a debatable topic after Taylor Swift dropped her new album.

We previously reported that Becky Lynch had something to say about the fact that Taylor Swift has a new song called “The Man” on her new record. Now “The Nature Boy” Ric Flair is stepping in to join this debate.

Naitch shut things down quickly because in order to be The Man, you must beat The Man, and Ric Flair is still The Man as far as he sees it. Wooo!

I Hate To Break It To You Both @BeckyLynchWWE And @taylorswift13, But I’m THE MAN!!! And To Be THE MAN, You Gotta Beat THE MAN! WOOOOO! #theman

Perhaps T Swift needs to study up on her pro wrestling nicknames for her future albums, because she seems to have started a rather heated debate with this one.