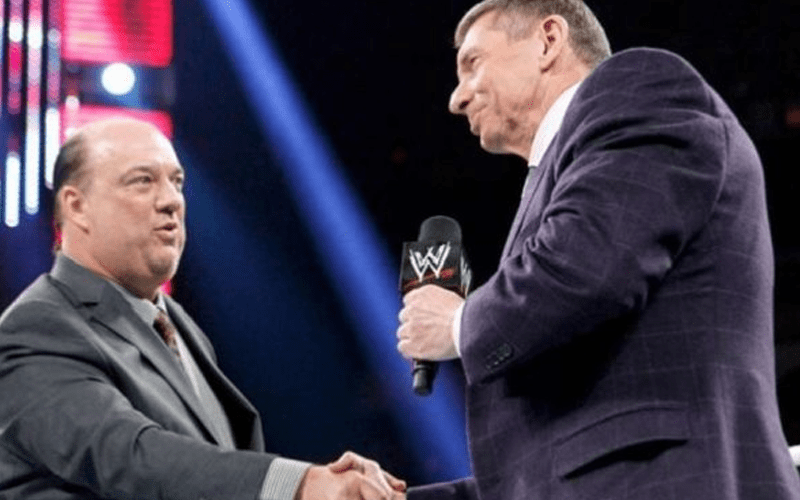 Vince McMahon celebrated his 74th birthday just last week. He is also approaching one of the busiest times in his life as a businessman.

WWE appointed Paul Heyman as Executive Director of Raw and Eric Bischoff holds the same title on SmackDown. These two roles have been different so far because Bischoff has yet to touch creative.

The transition might take some time, but the plan is for Vince McMahon to have the opportunity to step away from WWE if he needs to.

The XFL’s re-launch in 2020 is also adding a lot to McMahon’s plate. Brad Shepard spoke about this transition for McMahon during Oh, You Didn’t Know where he reiterated the plan that McMahon has for his company. In the end, it all depends on how much power Vince McMahon is willing to give up.

“At the end of the day it’s all about what Vince is willing to let [Paul Heyman & Eric Bischoff] do. How much he’s willing to let them make decision-wise. So, right now we’re not at the stage yet so in my opinion we haven’t seen any major changes in the show.”

“Now when the XFL is off and running then it’s a different situation potentially, but for right now he’s still trying to juggle everything. Again, once everything starts launching as I reported he’s going to try to pull back and have these key people in charge of each business unit so to speak — Raw, SmackDown, and NXT. He’s obviously got Oliver Luck for the XFL and you know he’s just the head honcho in charge and he’s got those key people because he cannot do it all.”

“I mean, this is a guy in his mid-70’s and if you understand how the business world works it’s just not possible. There is a transition taking place. It’s gonna take a long time and they’re gonna have to build Vince’s trust.”

WWE could be going through a big transition very soon, but the Wednesday Night Wars are also capturing Vince McMahon’s interest. Never underestimate the power of war to change someone’s focus.

Vince McMahon has done a fine job placing people in roles where he doesn’t have to micromanage everything. That still won’t keep him from calling his writers via Skype hours before a show and demanding a total re-write.